The biggest news of Thanksgiving this year is that our dog Ali made a friend.

His name is Petey, and his owner is Pam's friend Ted's dog. 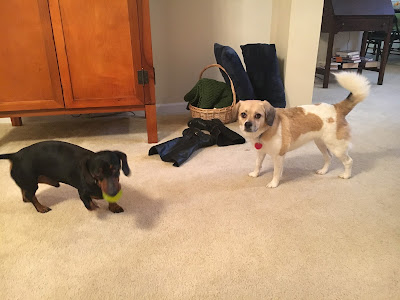 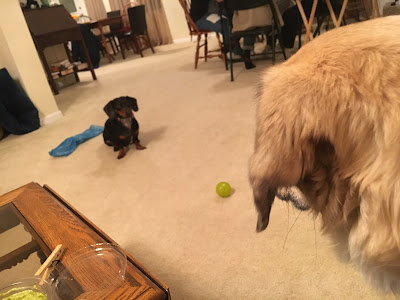 We left for Kansas City right after school on Tuesday afternoon. Lisa had already arrived in Kansas City. We were excited to see her!

Some of our Thanksgiving antics (in random order):

[Disclaimer: I forgot to bring makeup, so I'm wearing none.] 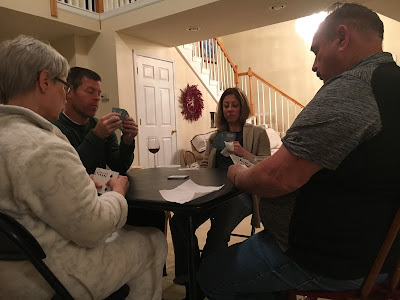 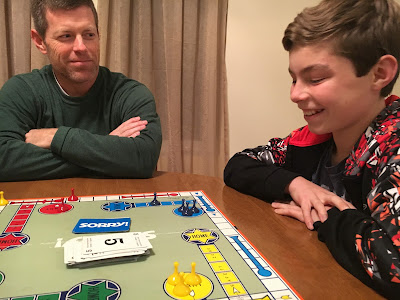 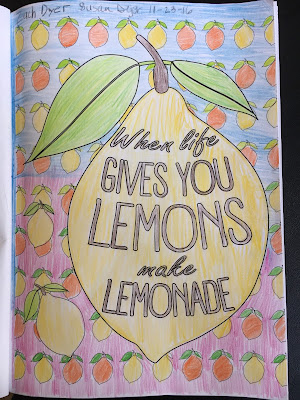 Took pictures. This is the best I could get Zach to take a picture with me. 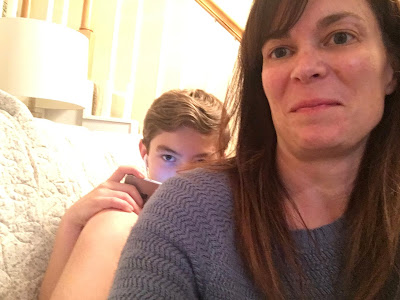 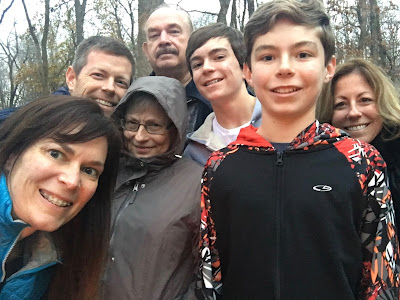 A plank contest. Lisa won! Adam and Scott were the first ones out. 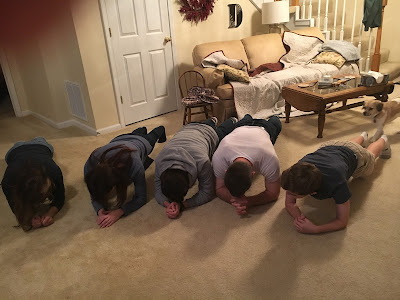 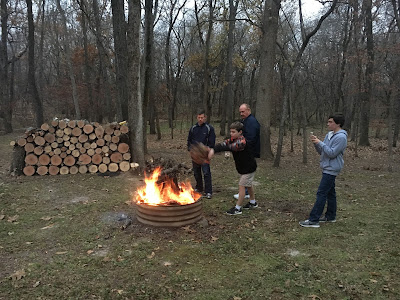 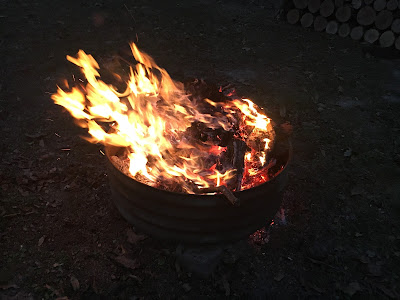 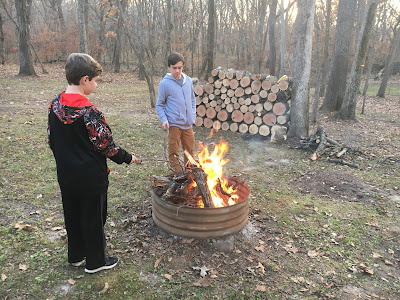 More cards. With Aunt Hazel and her friend Williard. 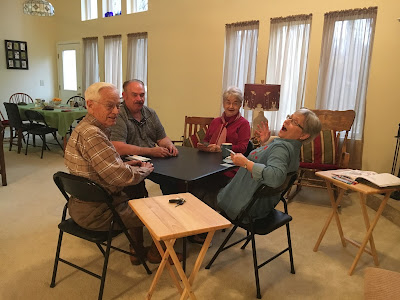 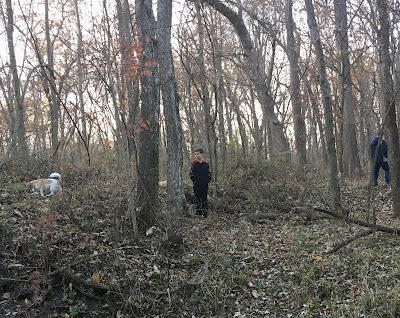 Ali off her leash! 😱 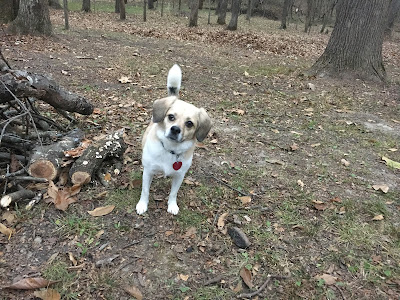 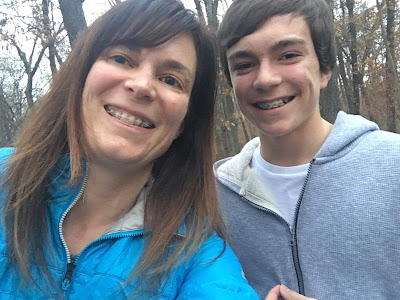 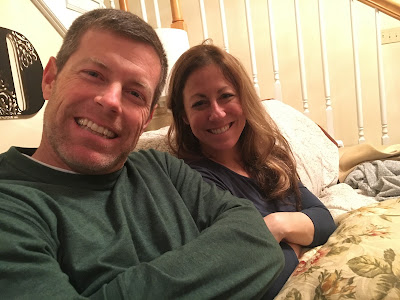 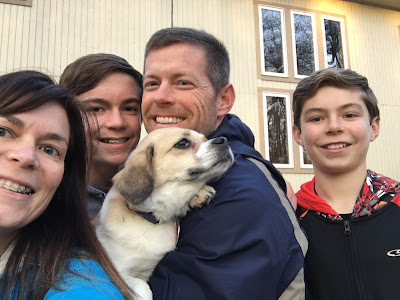 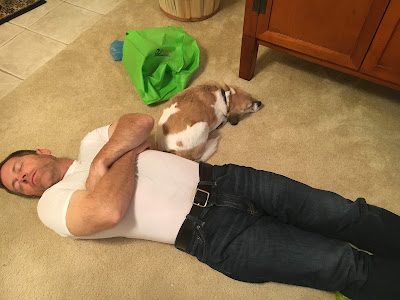 Saw Fantastic Beasts and Where to Find Them (written by J.K. Rowling - a wizarding story that takes place before Harry Potter.) Someone suggested we go early because it would be crowded. Packed. 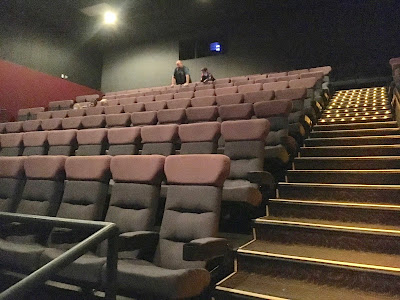 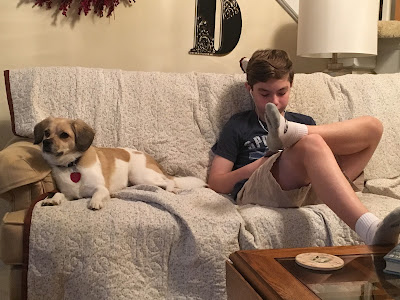 We did eat. I just didn't take any photos of that. I did learn that the 13 year old didn't know how to fill ice trays.

And a lesson in the "back in the 1980s, we didn't have ice dispensers on our refrigerators so you had to fill trays and put them in the freezer to make ice." It's along the same lines as "back when I was a kid we didn't have 'On Demand' movies and we had to wait five days for our photos to develop unless we paid a lot of money for the one hour developing..."

These two have been outside - being nice to each other - for more than five minutes... 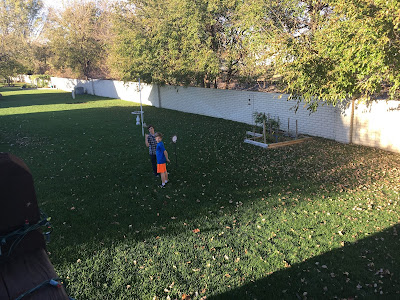 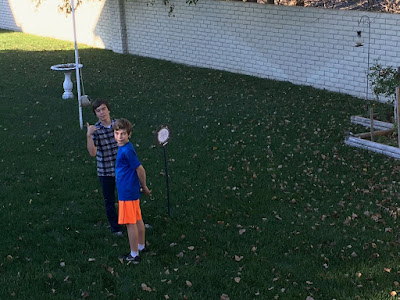