We were lucky enough to plan our plane travel between two ice storms that hit Kansas. We had great weather for flying, and even great weather in Washington!

We stayed with Aunt Lisa, Uncle Jason and their two dogs, Tanner and Sicily. The dogs were the main attraction. The boys also thought the laundry shoot in Lisa and Jason's house was super cool too. And the oversized bean bags. And their own room at the house with a TV and everything!

We played with the dogs (see Tanner sitting on Zach's lap?). 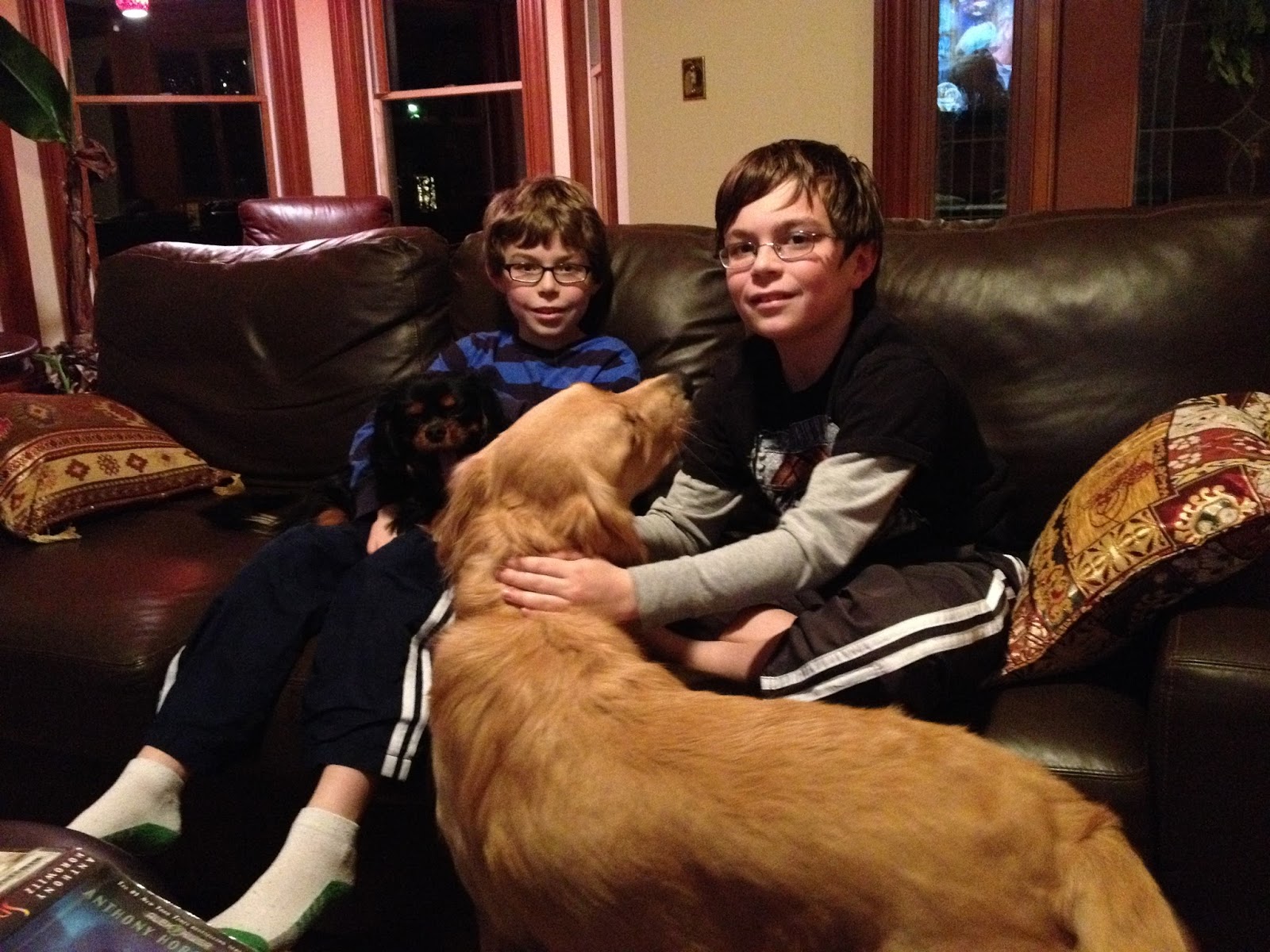 We went on walks, visited the Lego Store and saw a movie. We toured the National Museum of American History (because the Mint tours were booked).

We went hiking in Great Falls Park, on an almost balmy day. 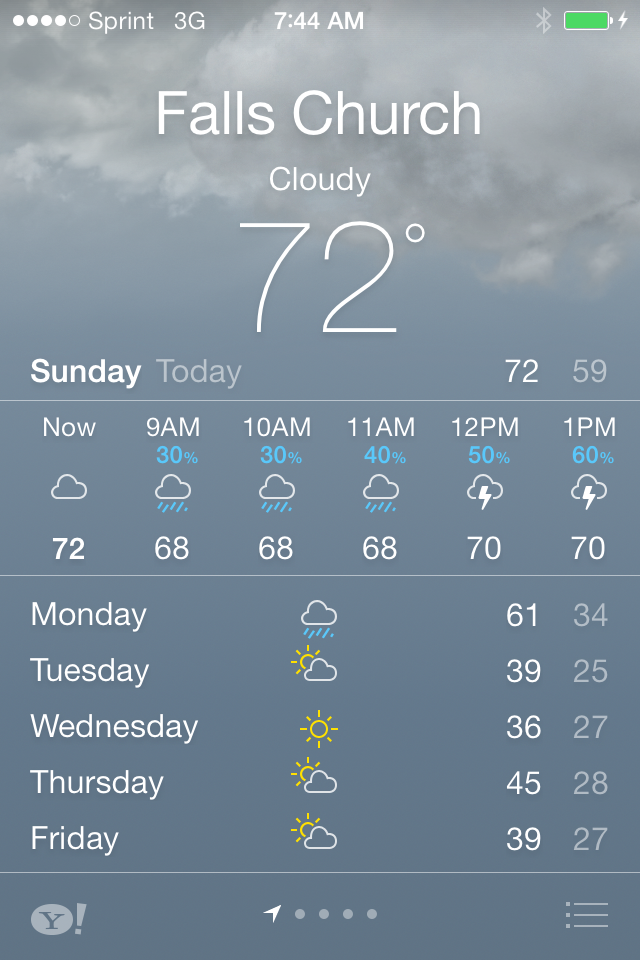 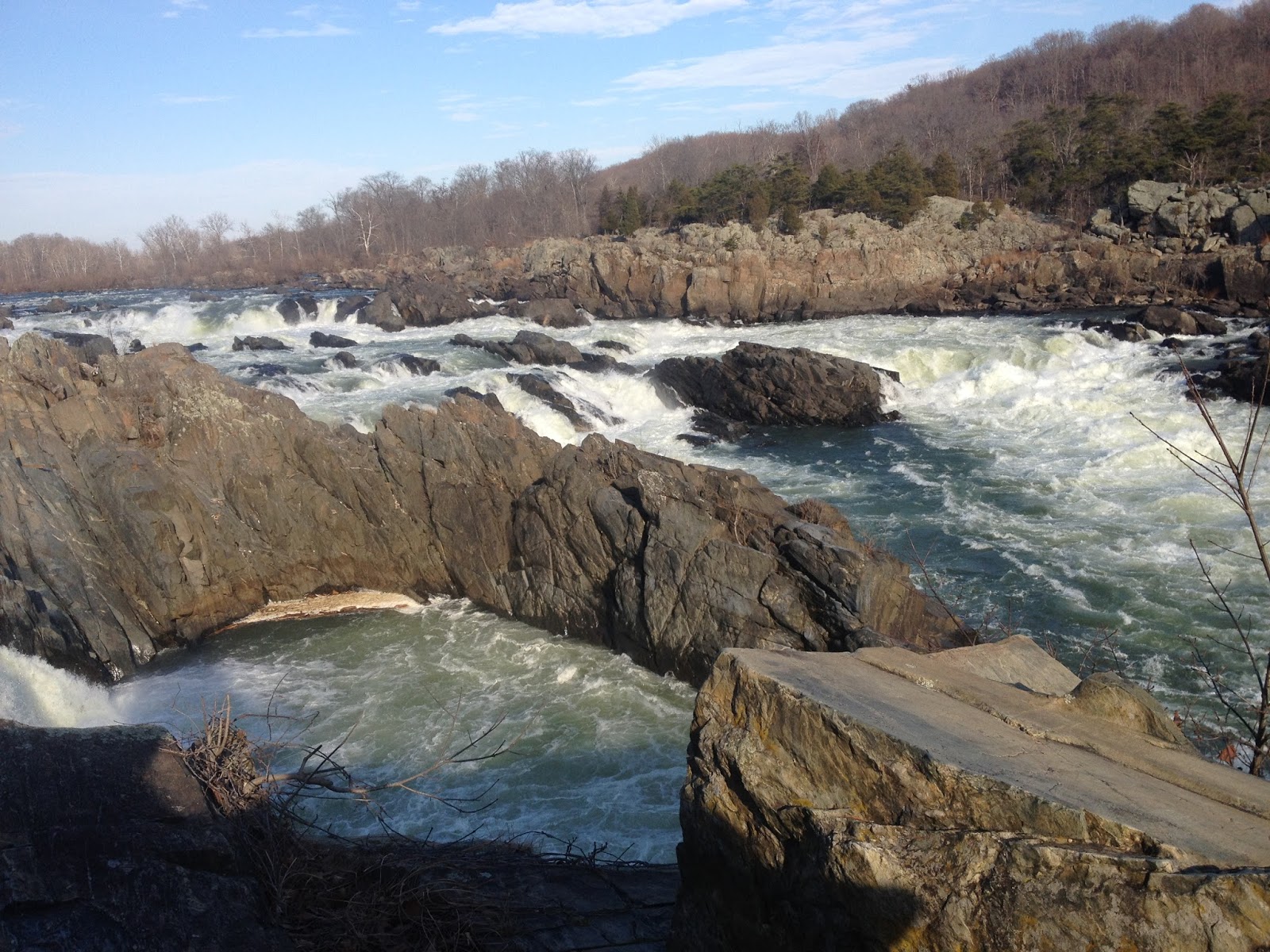 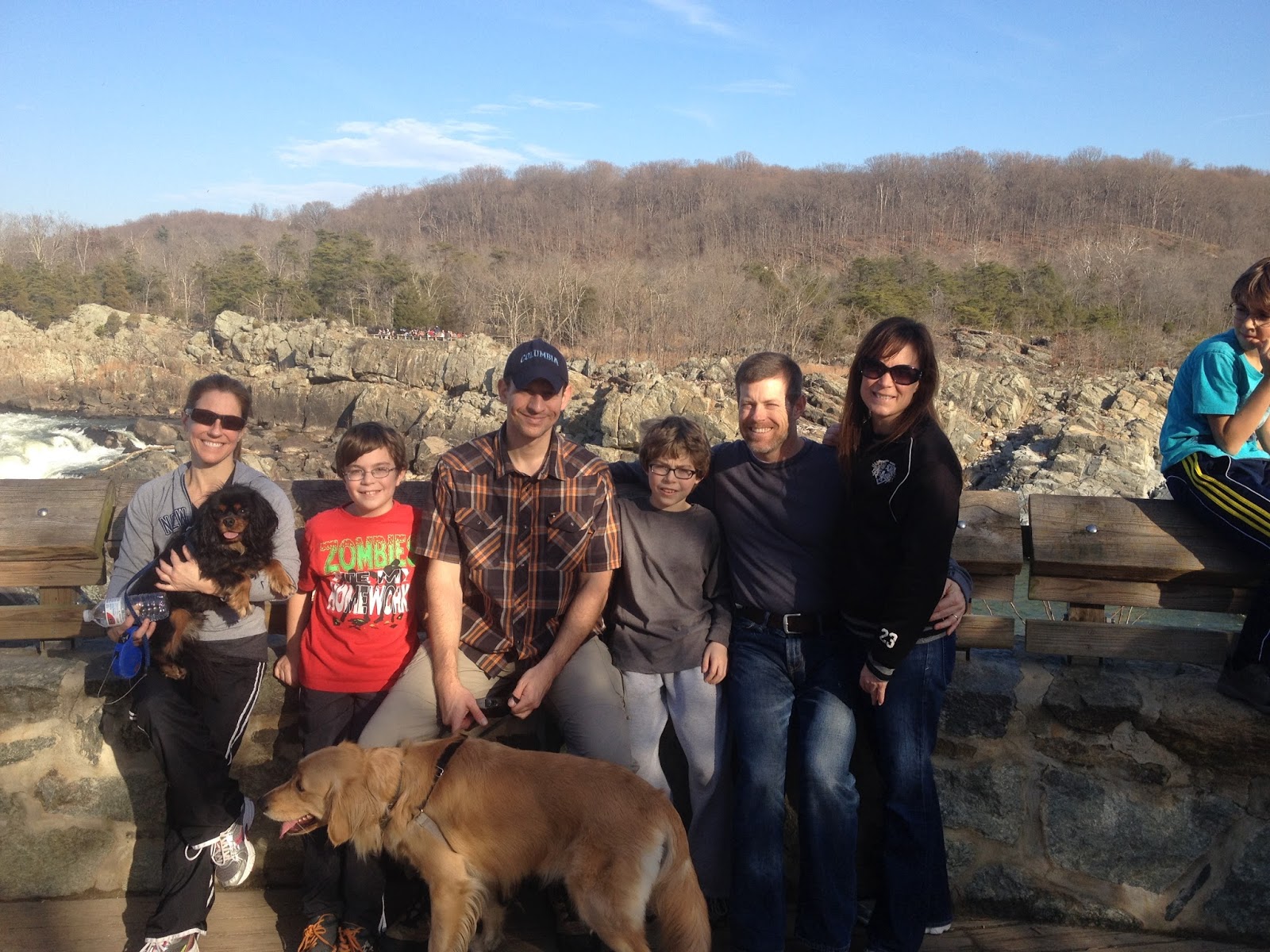 We toured and walked around Mount Vernon. 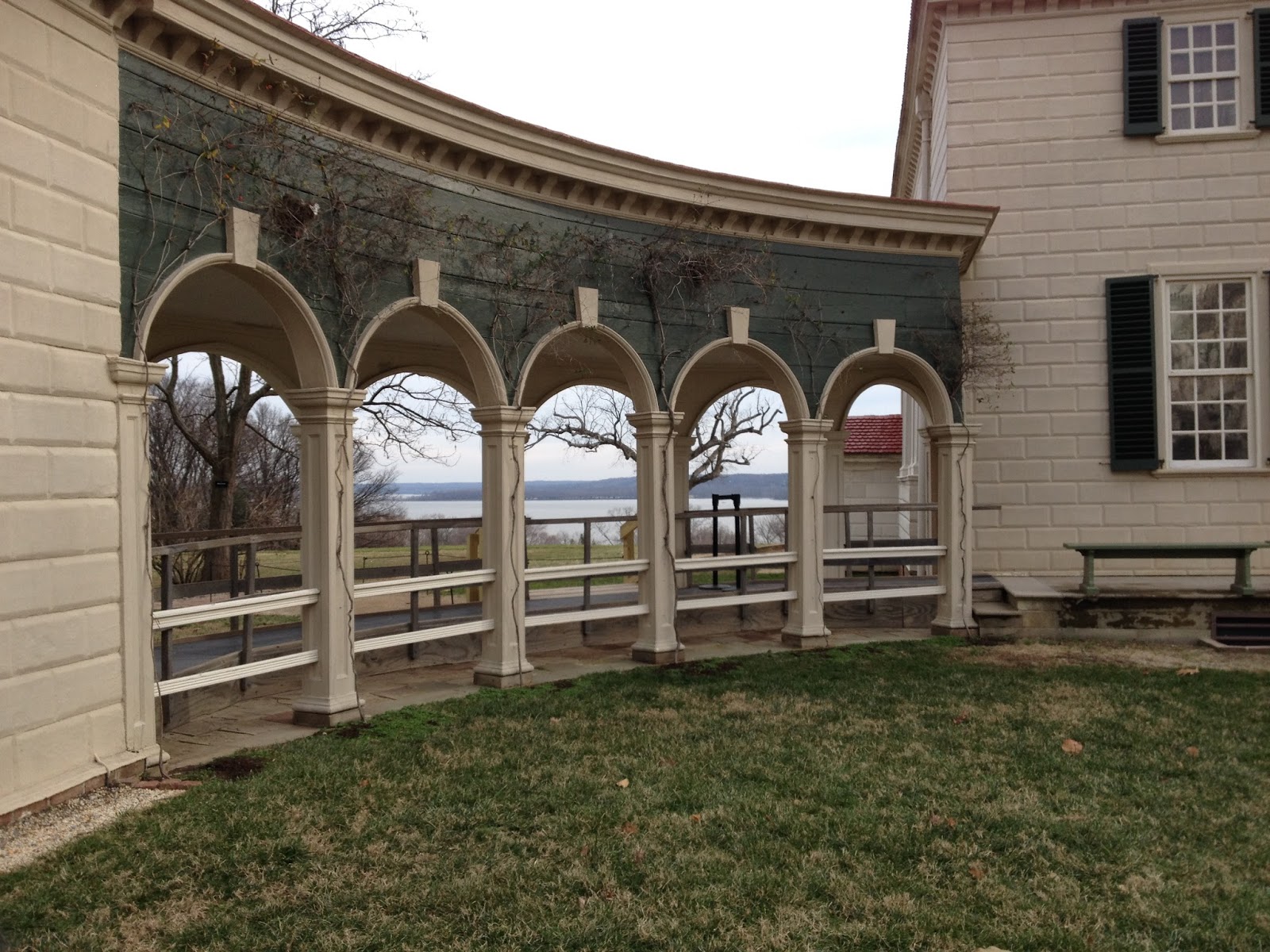 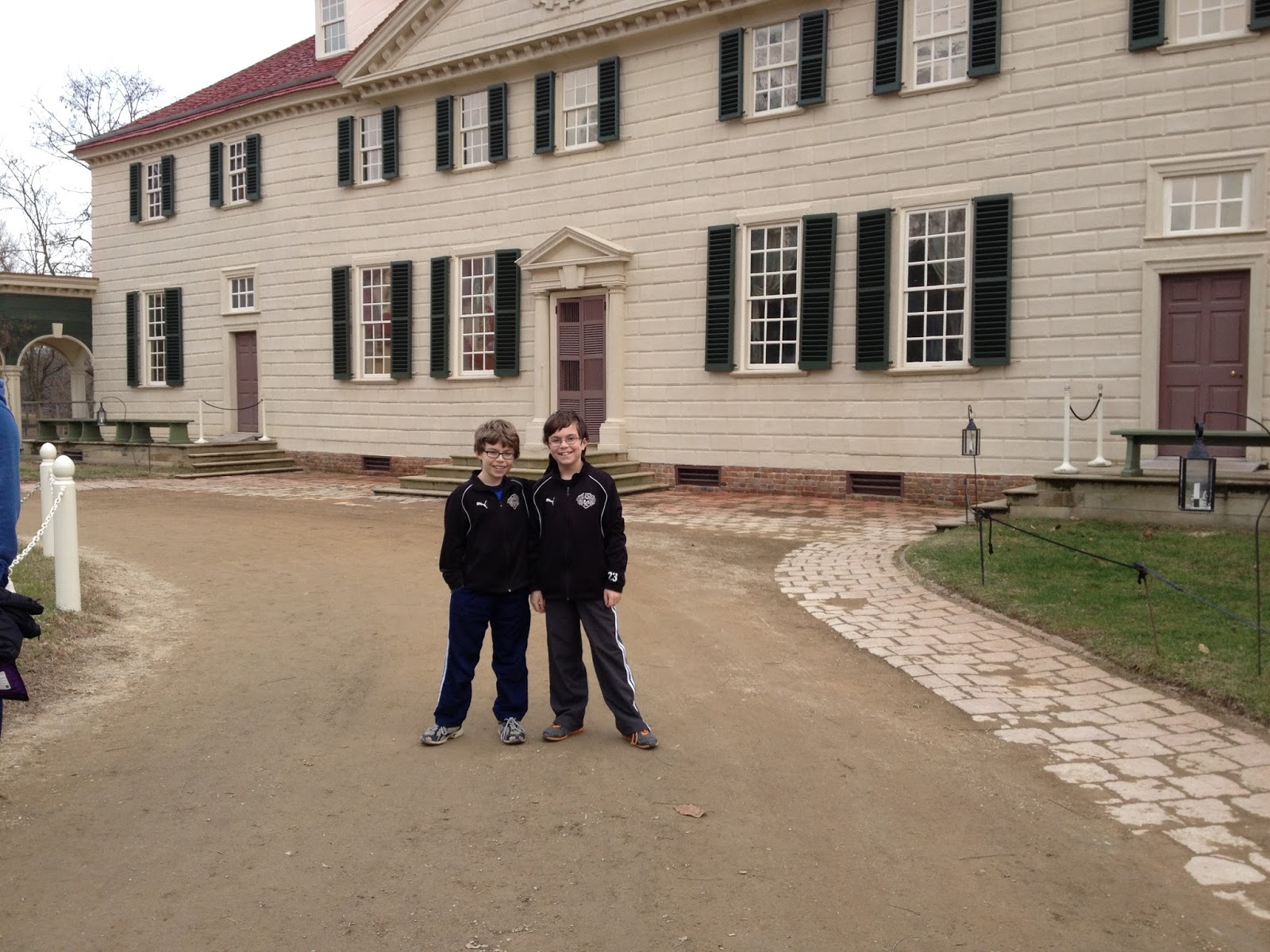 The back of the house faced the Potomac River. 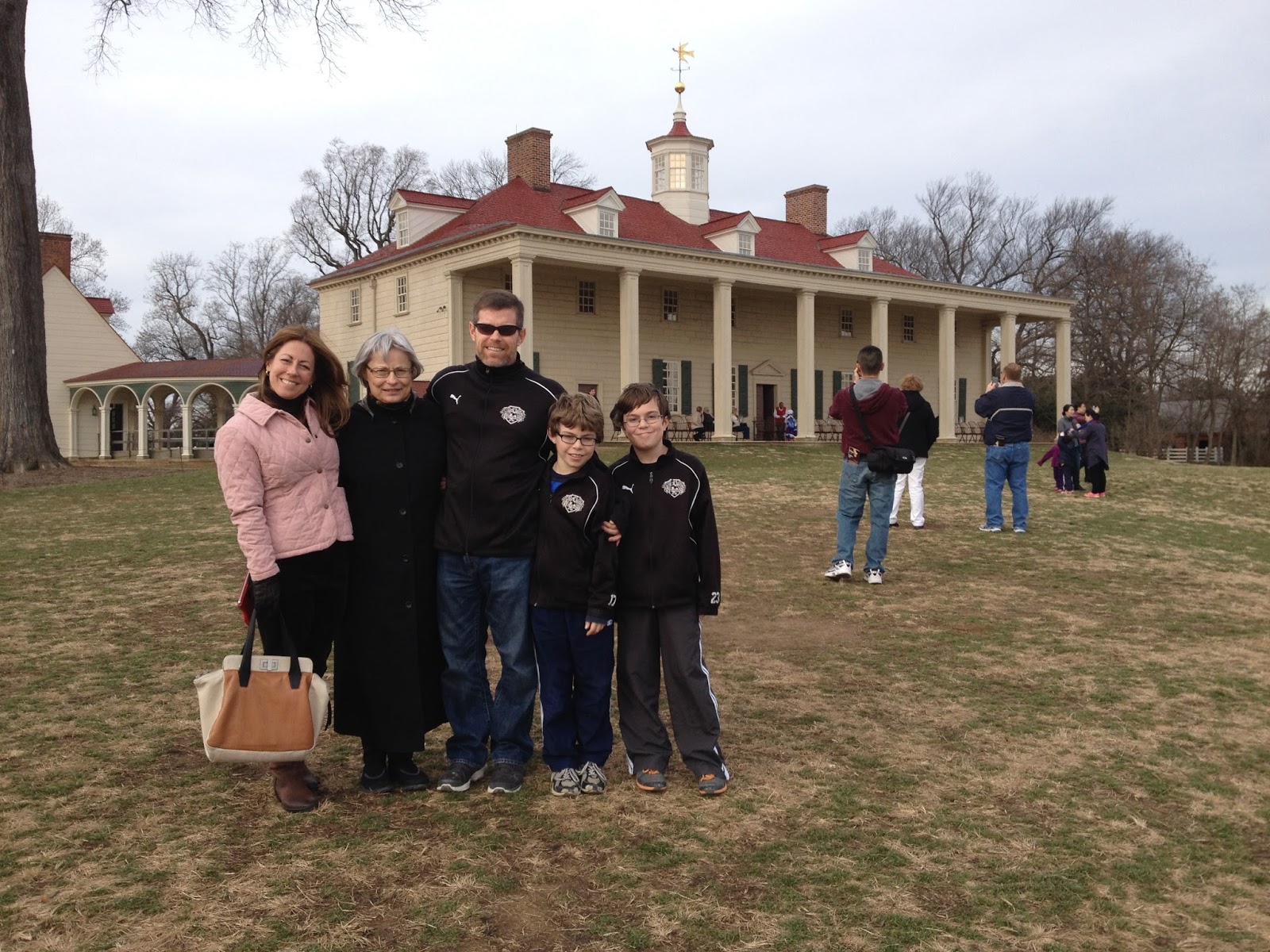 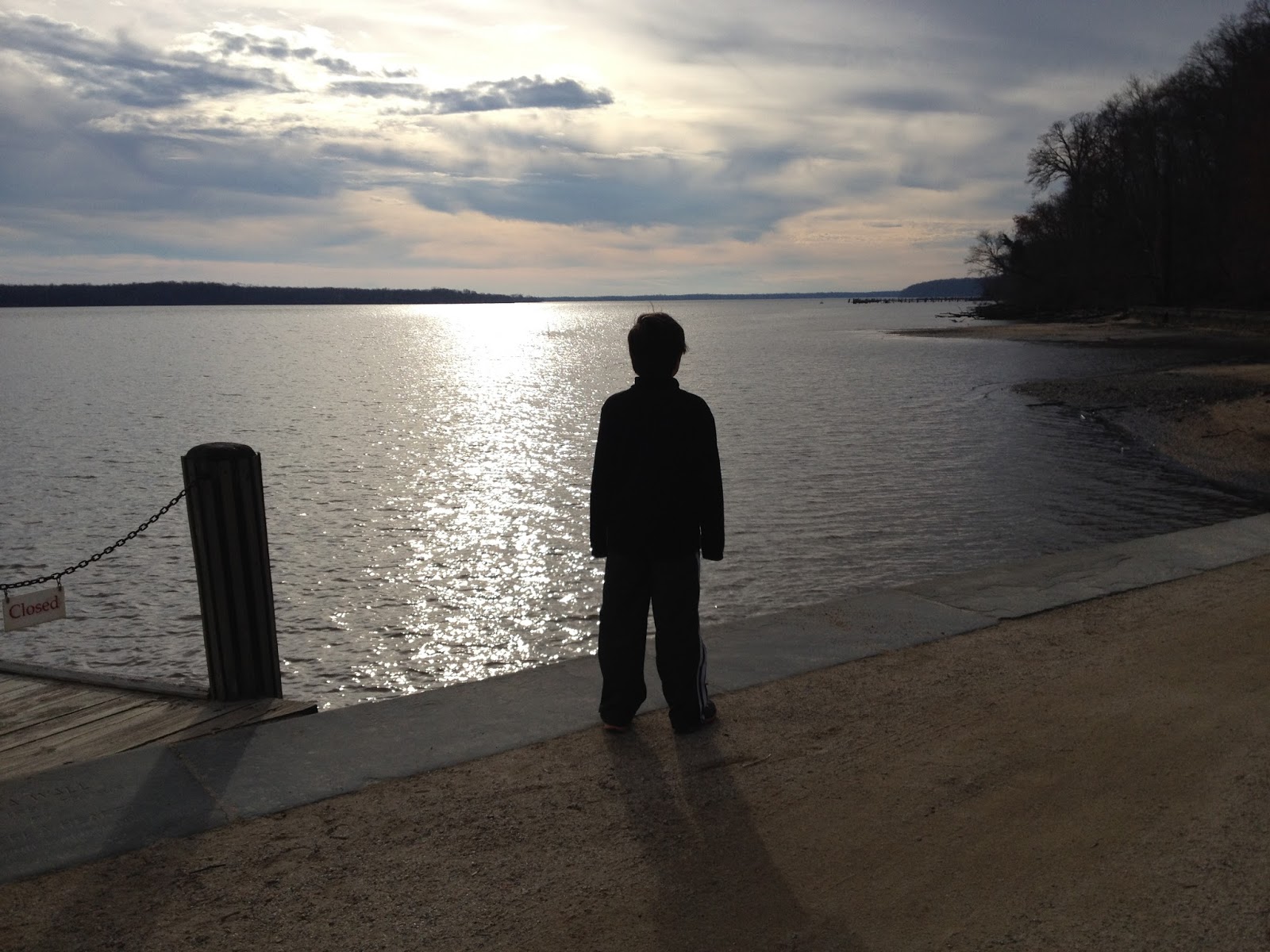 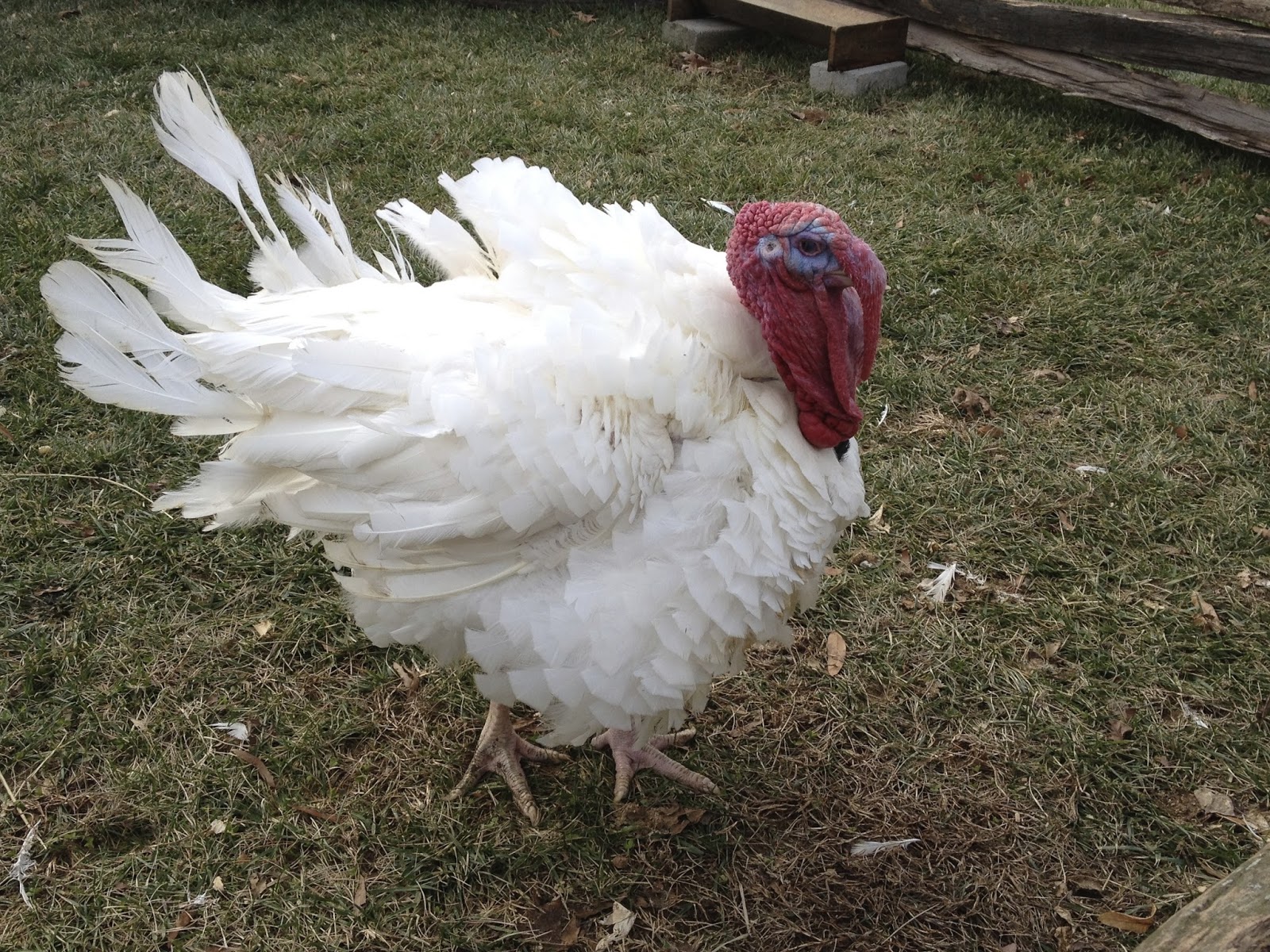 We saw the White House on a bitter cold Christmas Eve (well, only Scott, Adam and Zach saw it. 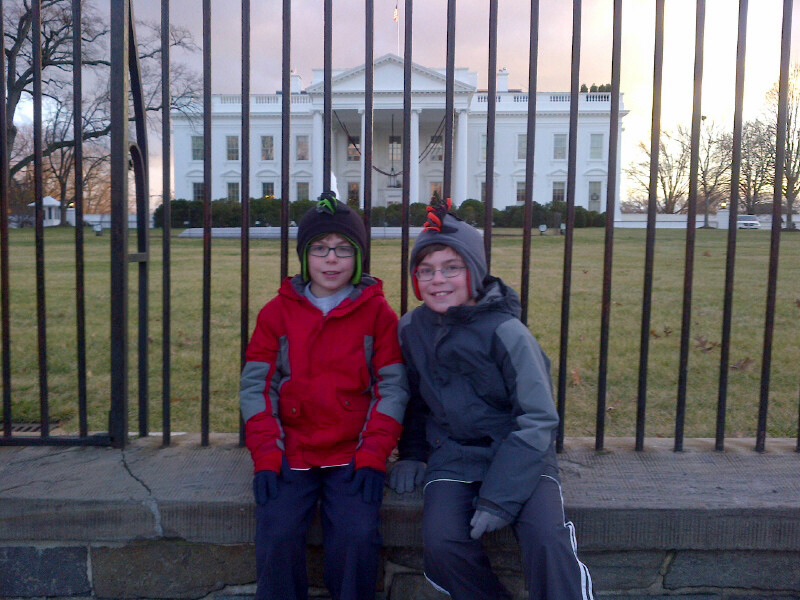 They took the metro down, and the rest of us drove. We did get some hot chocolate to help warm us up.

Airport is pretty quiet at 7 am on December 25. 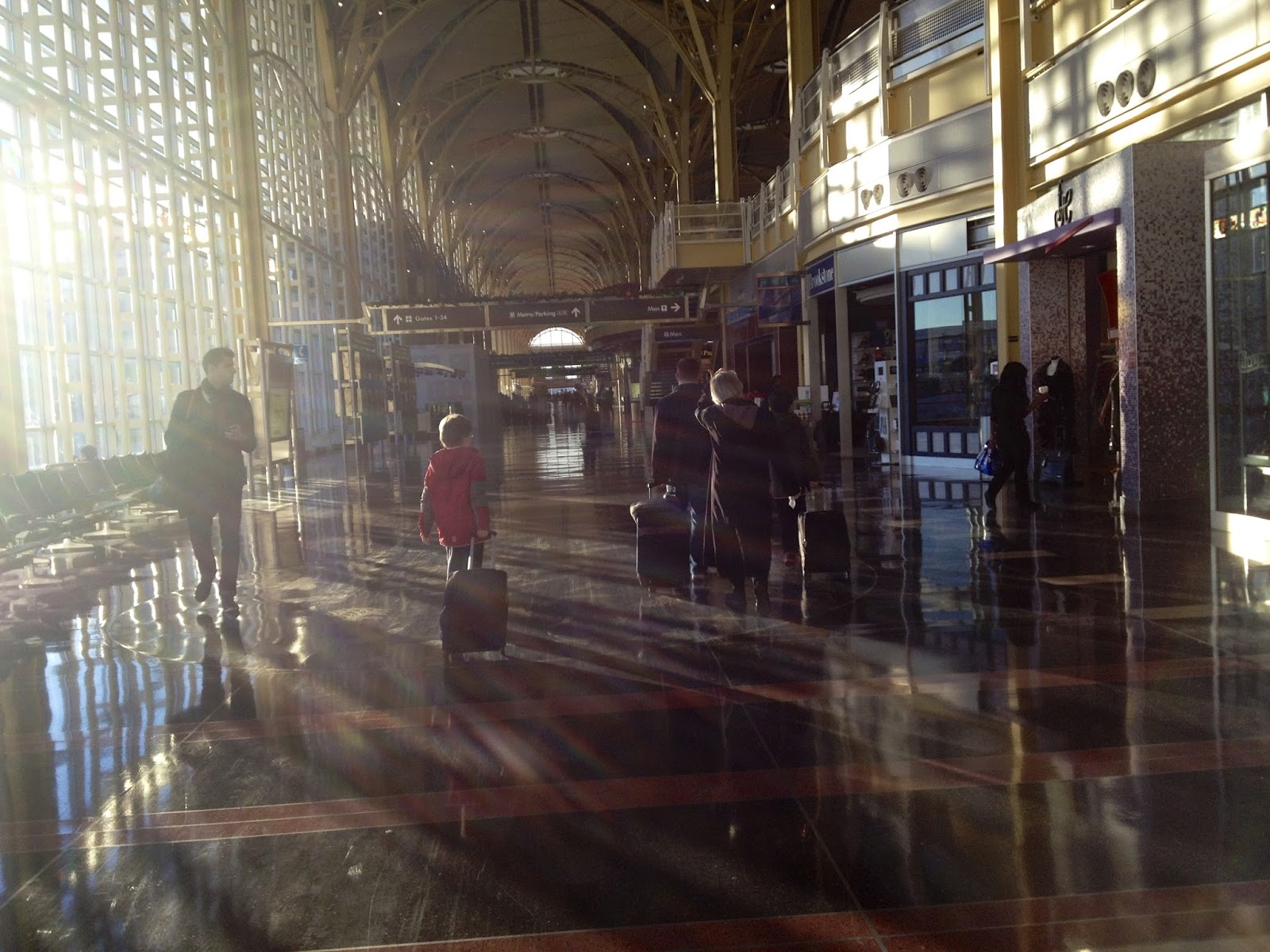 Nothing says the holidays like a Christmas lunch from QT eaten in the car ($5 lunch combo)...Scott's favorite. 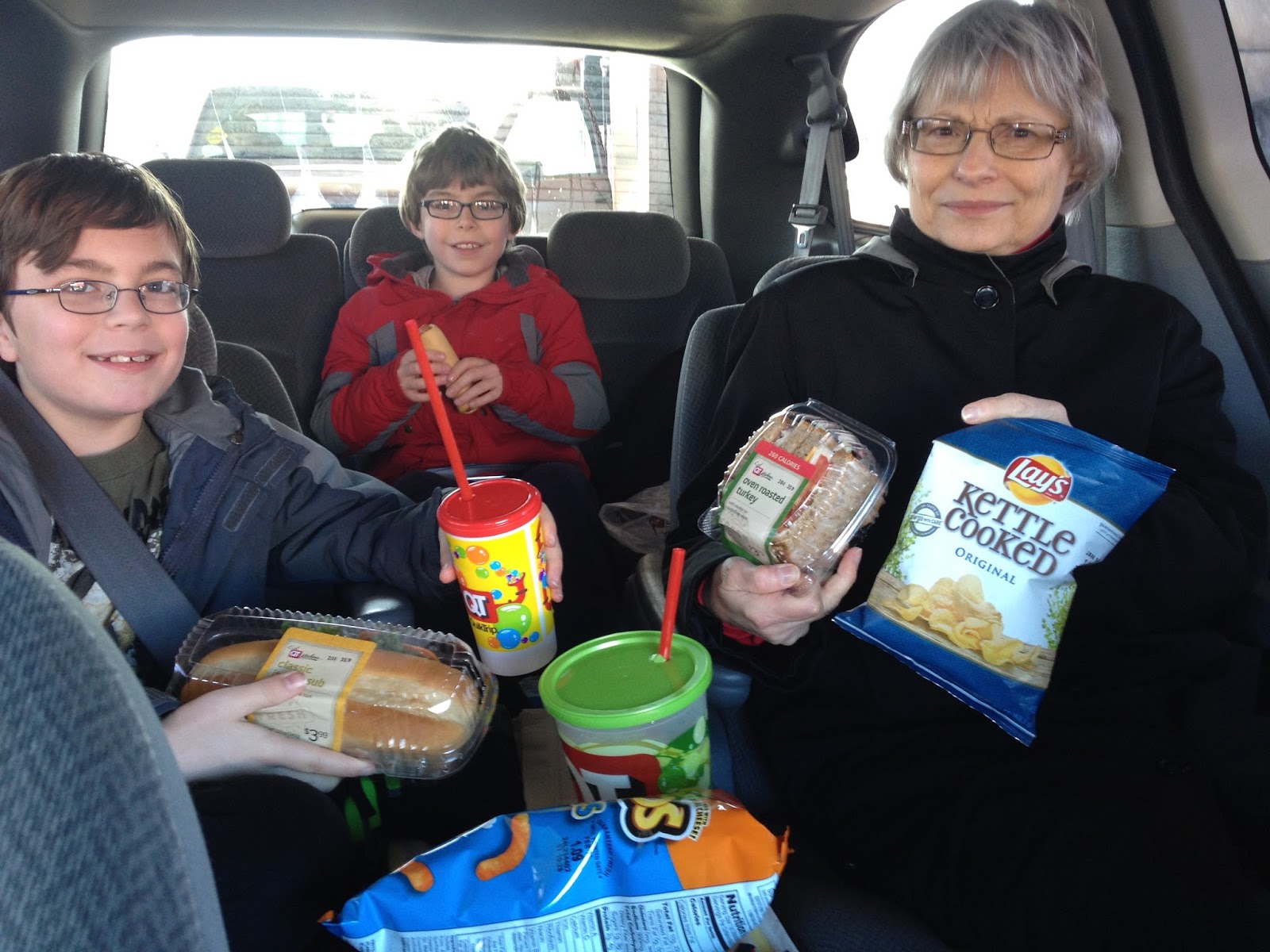 We celebrated with the Hilger's later on in December, but for some reason, I don't have any pictures of that!
Posted by Susan at 8:31 PM No comments:

We went rogue for Thanksgiving this year...the menu was surf and turf: Steak, salmon, shrimp.

Of course, there was some traditional Thanksgiving food, like mashed potatoes and pumpkin pie.

It was a small crowd this year, just us and Oma and Papa.

This year, we are thankful for:

Husbands who don't complain. Boys who make me launch, even if it's inappropriate. Families who just show up (and steal chips from the pantry.)

One person wrote a whole bunch of things: 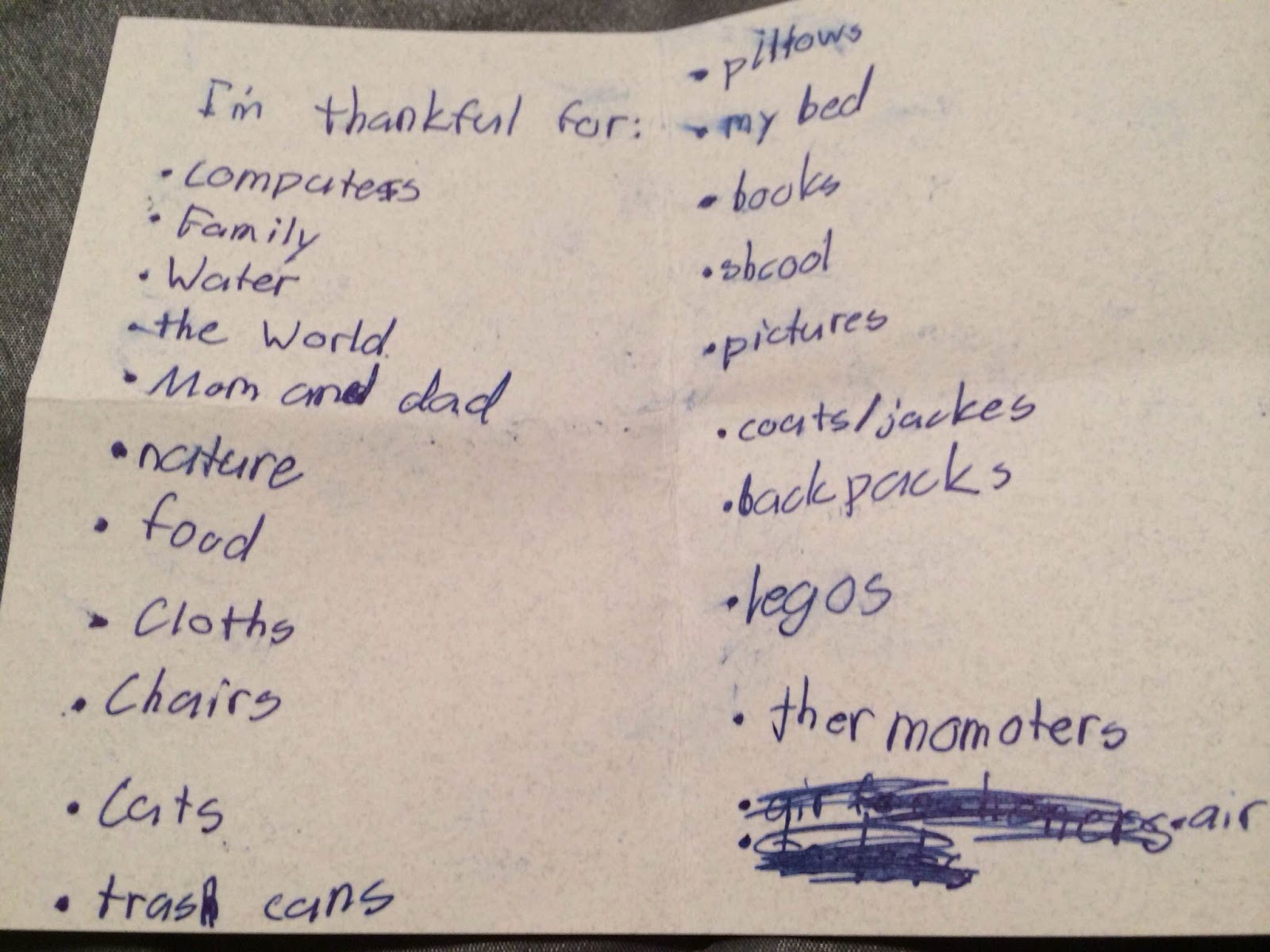 This is what happened after we ate. 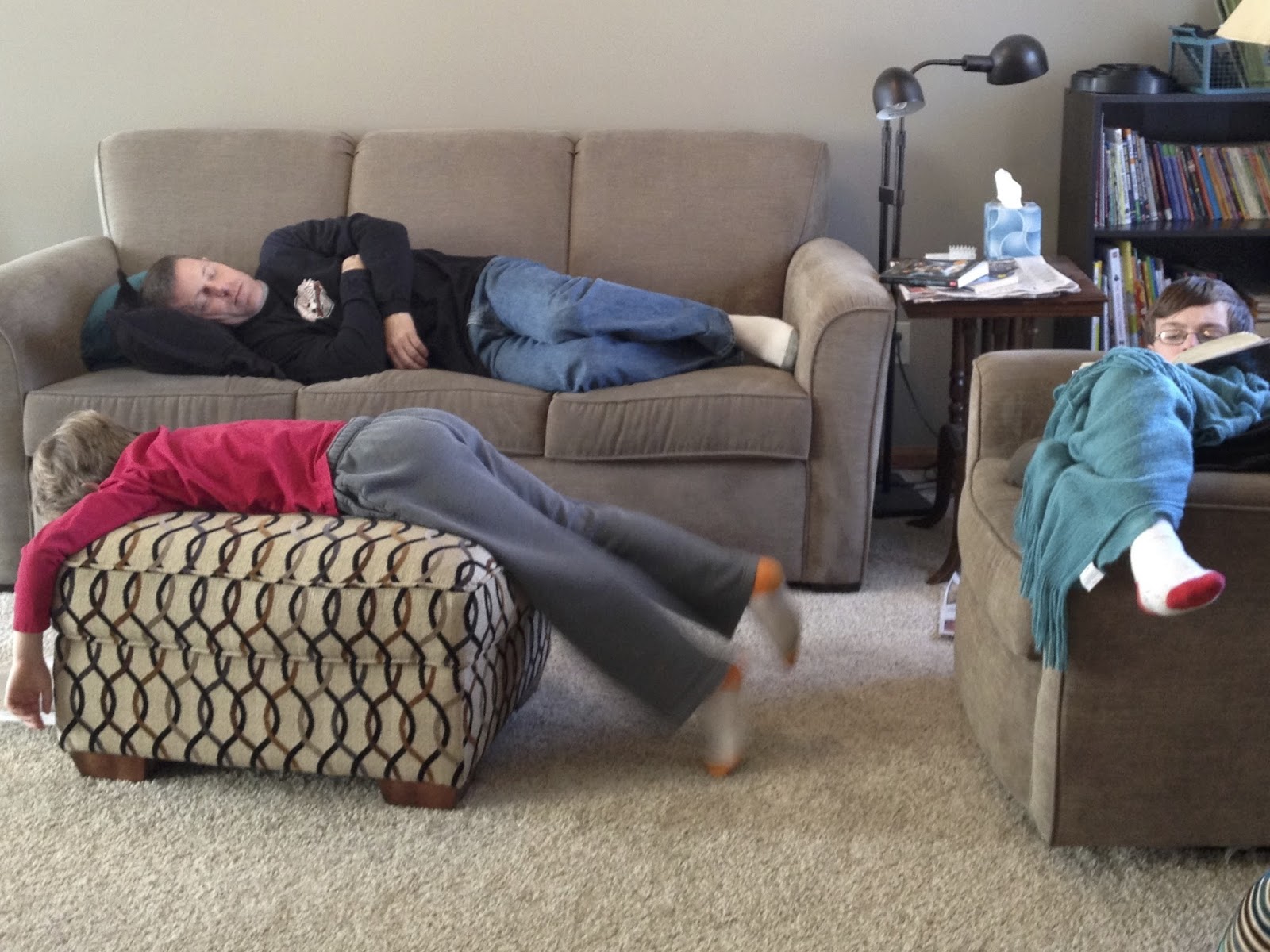 Friday we headed to the Great Wolf Lodge, just like last year. The boys were excited that we didn't have to spend time furniture shopping this time. 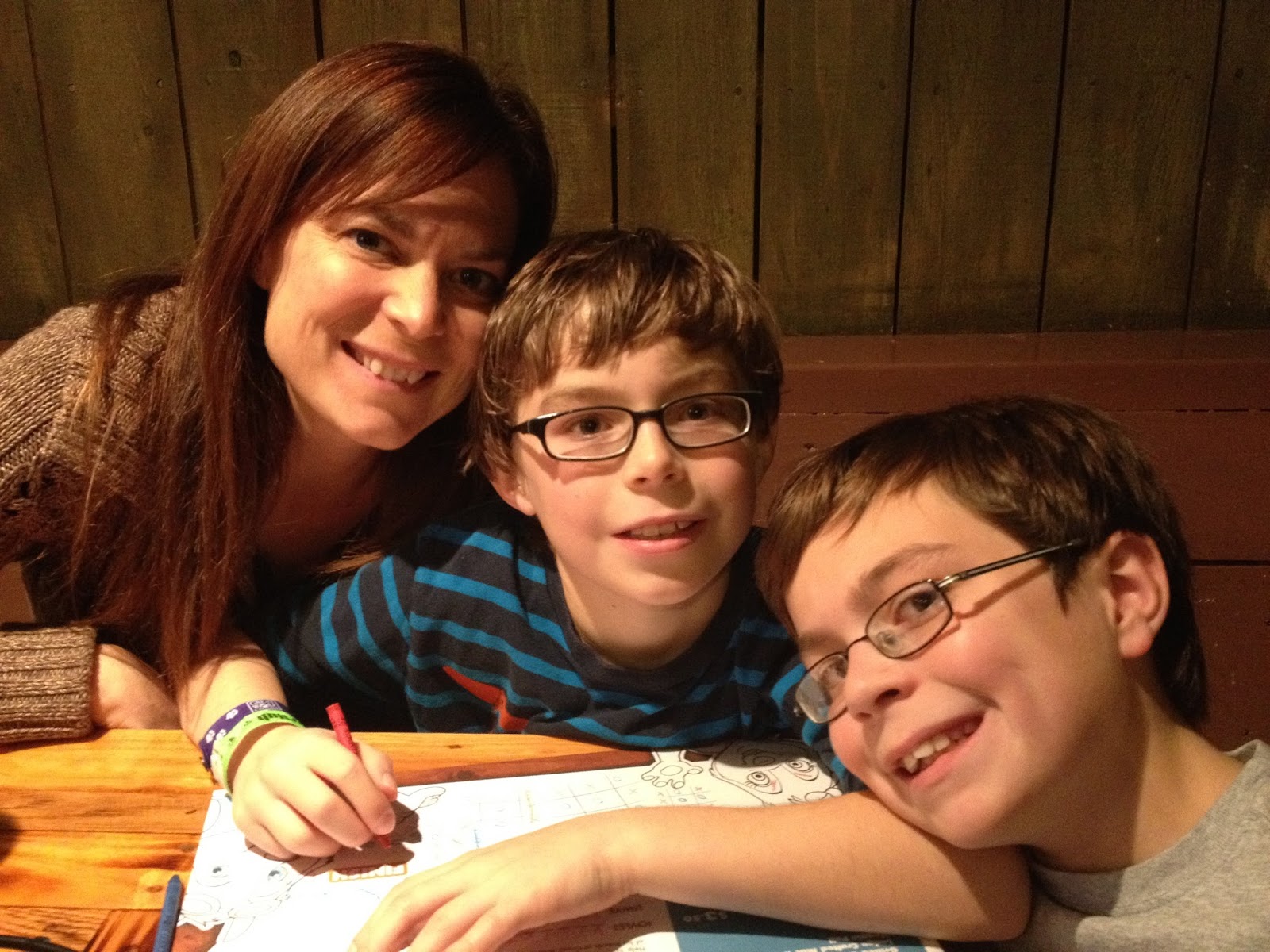 Eating with the dinosaurs. 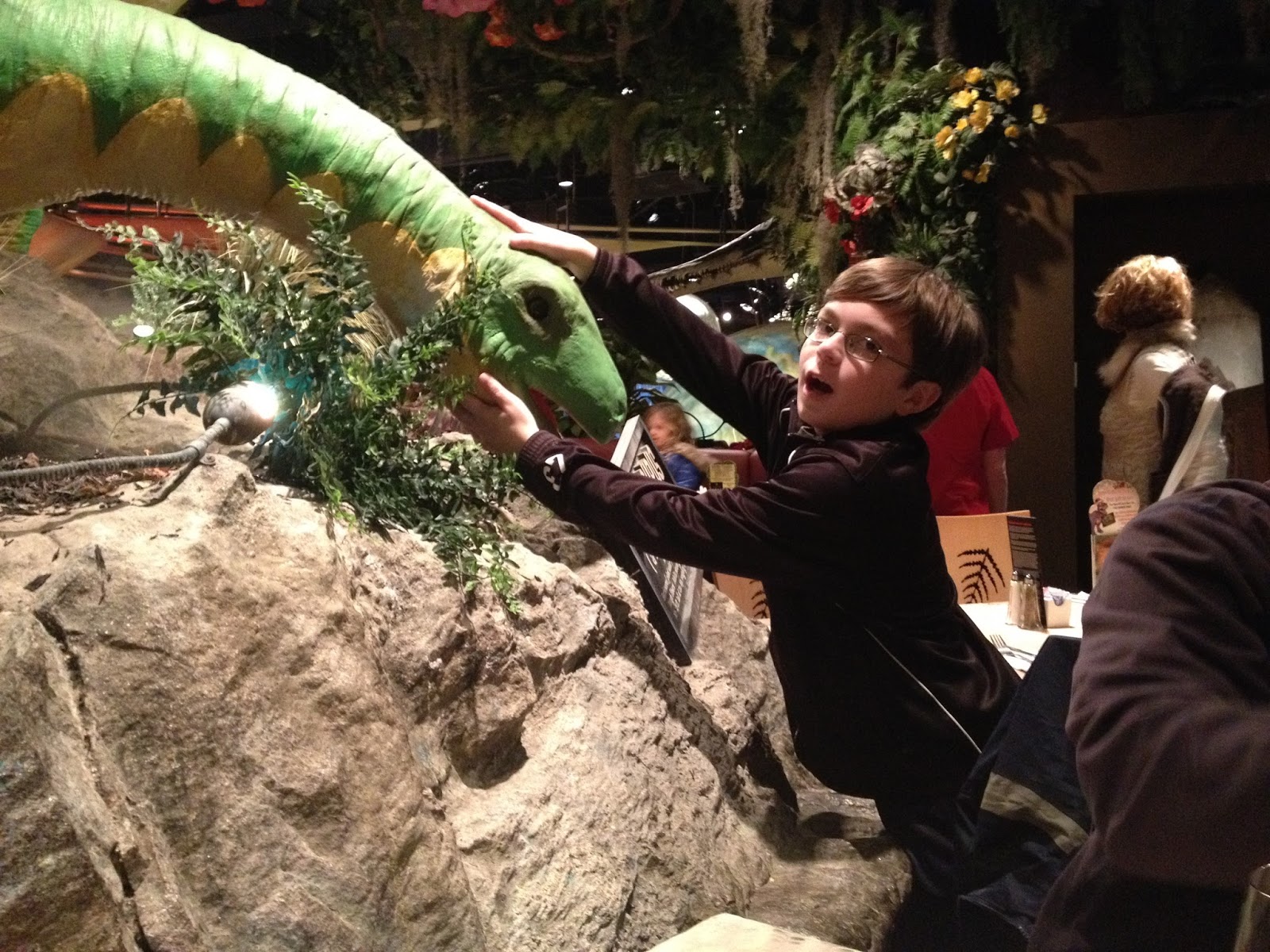 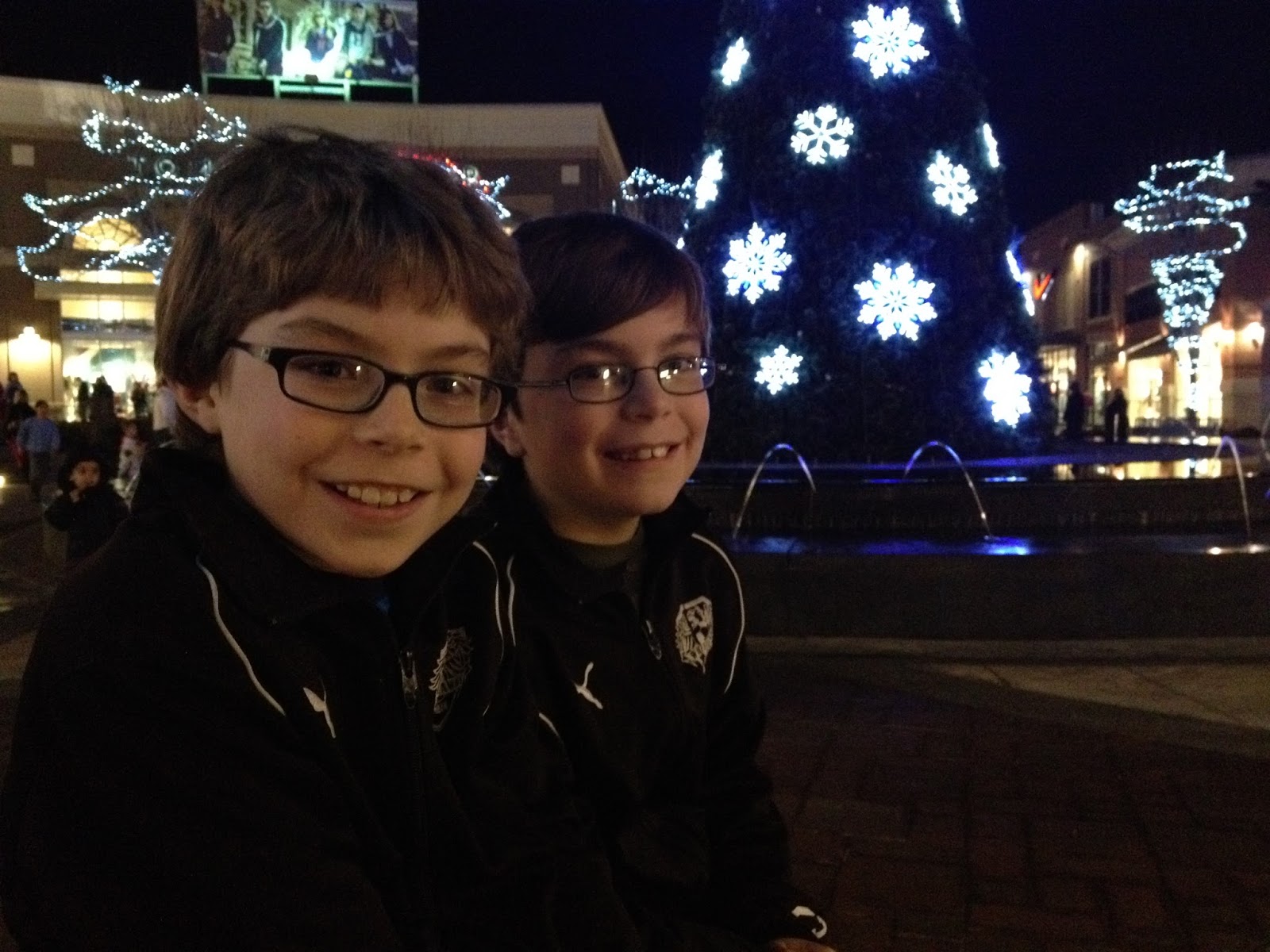 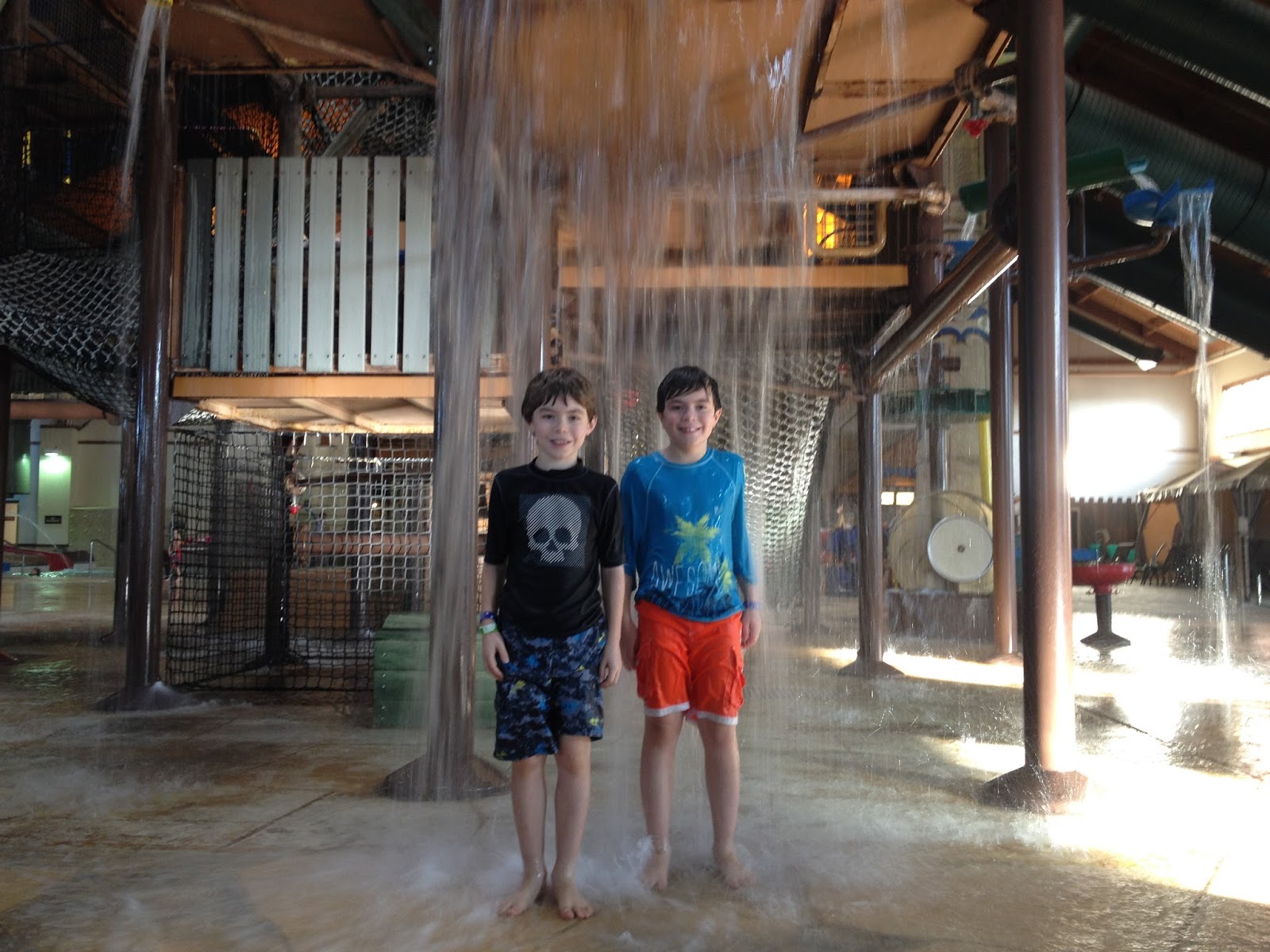 Decisions, decisions...what to do next? 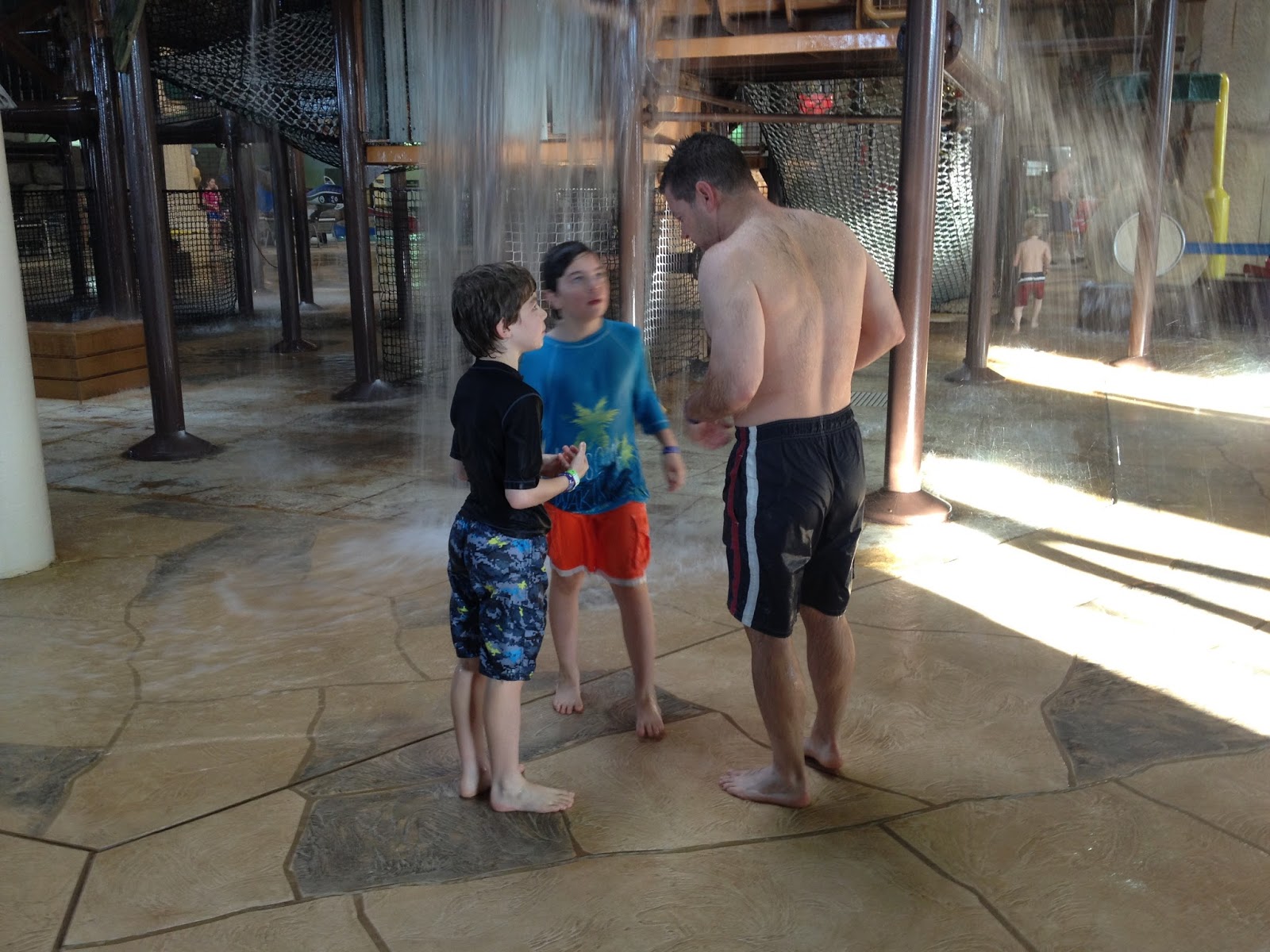 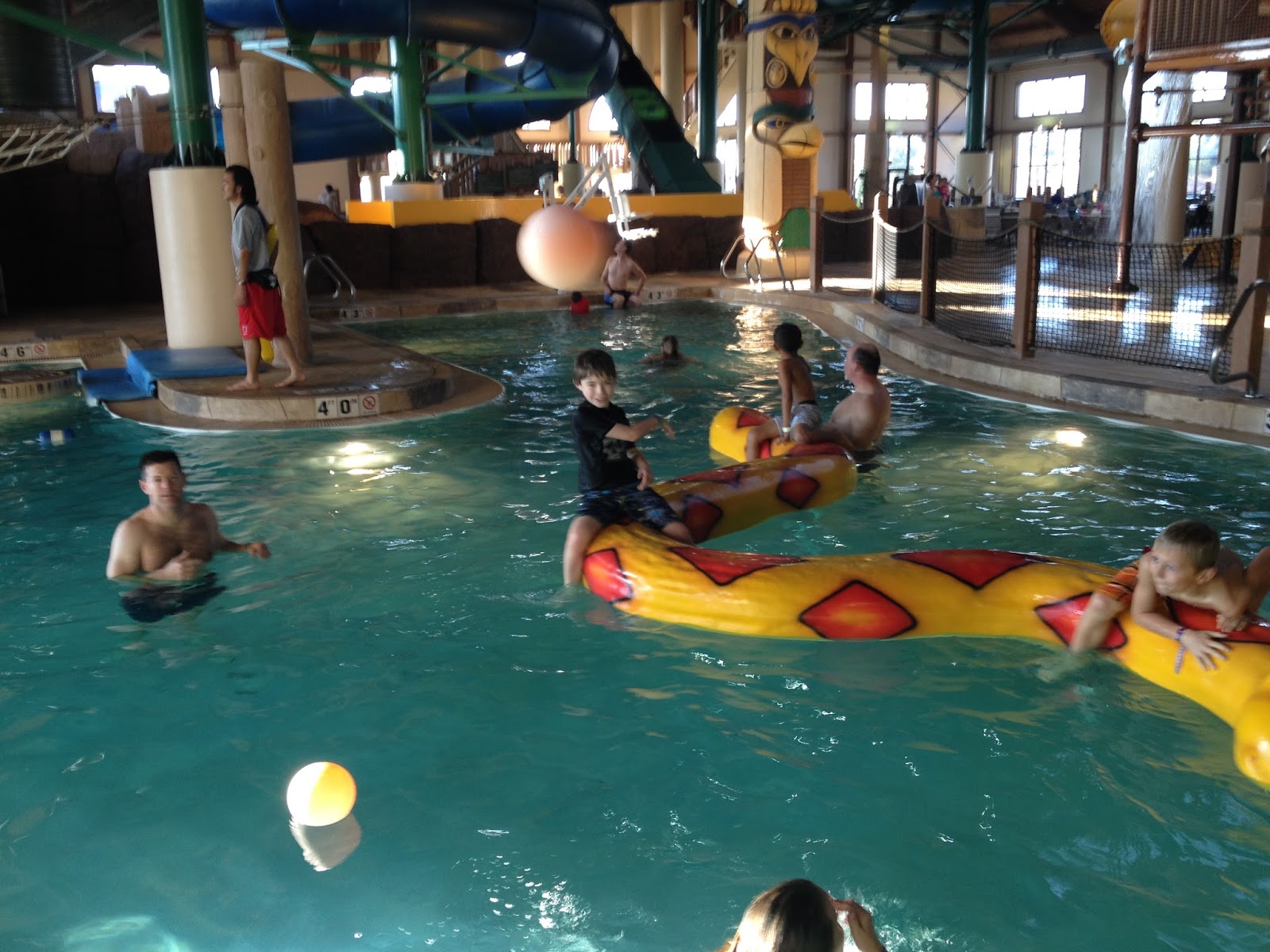 Is the last point really necessary? Isn't that kind of pointing out the obvious? 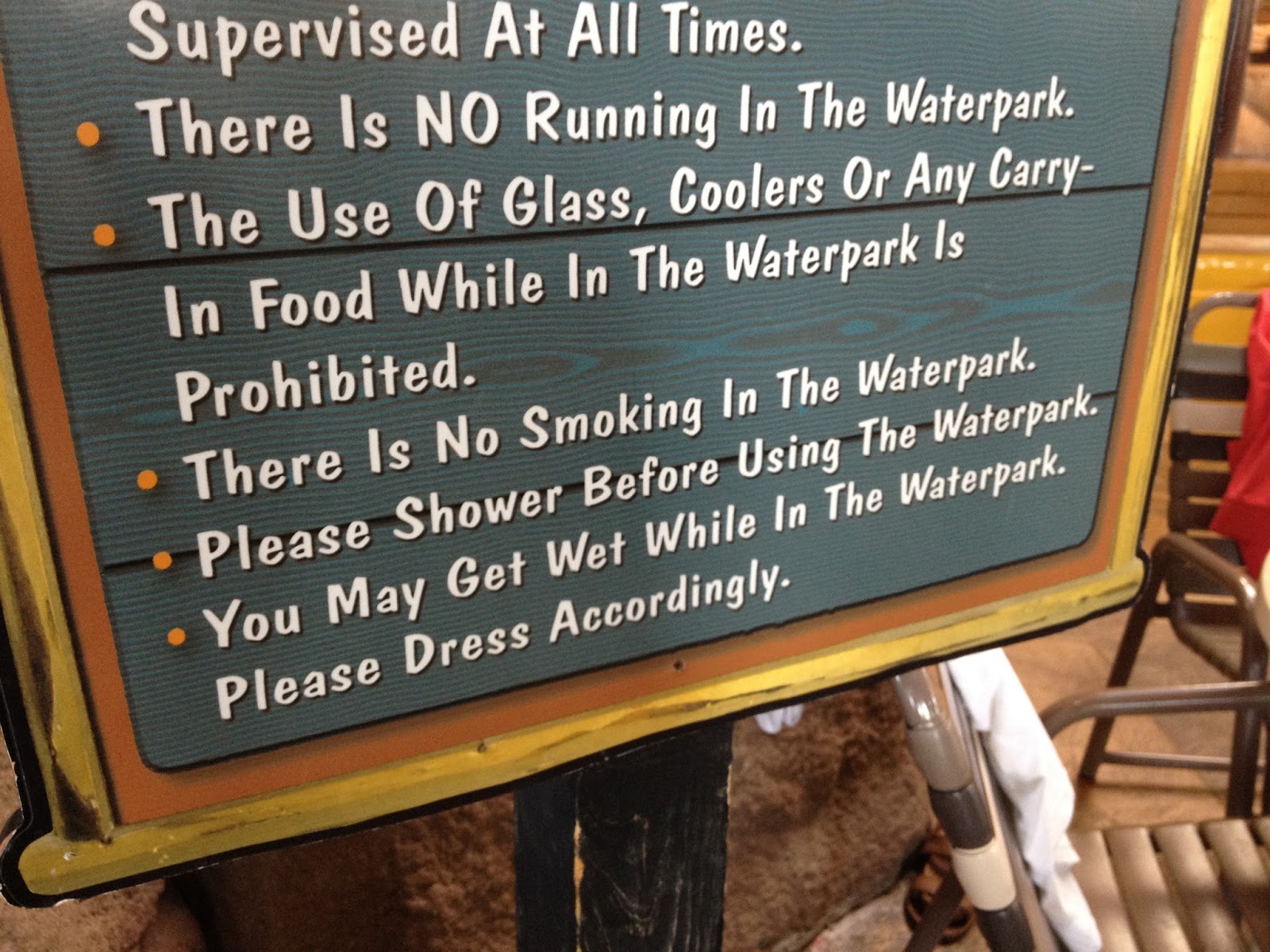 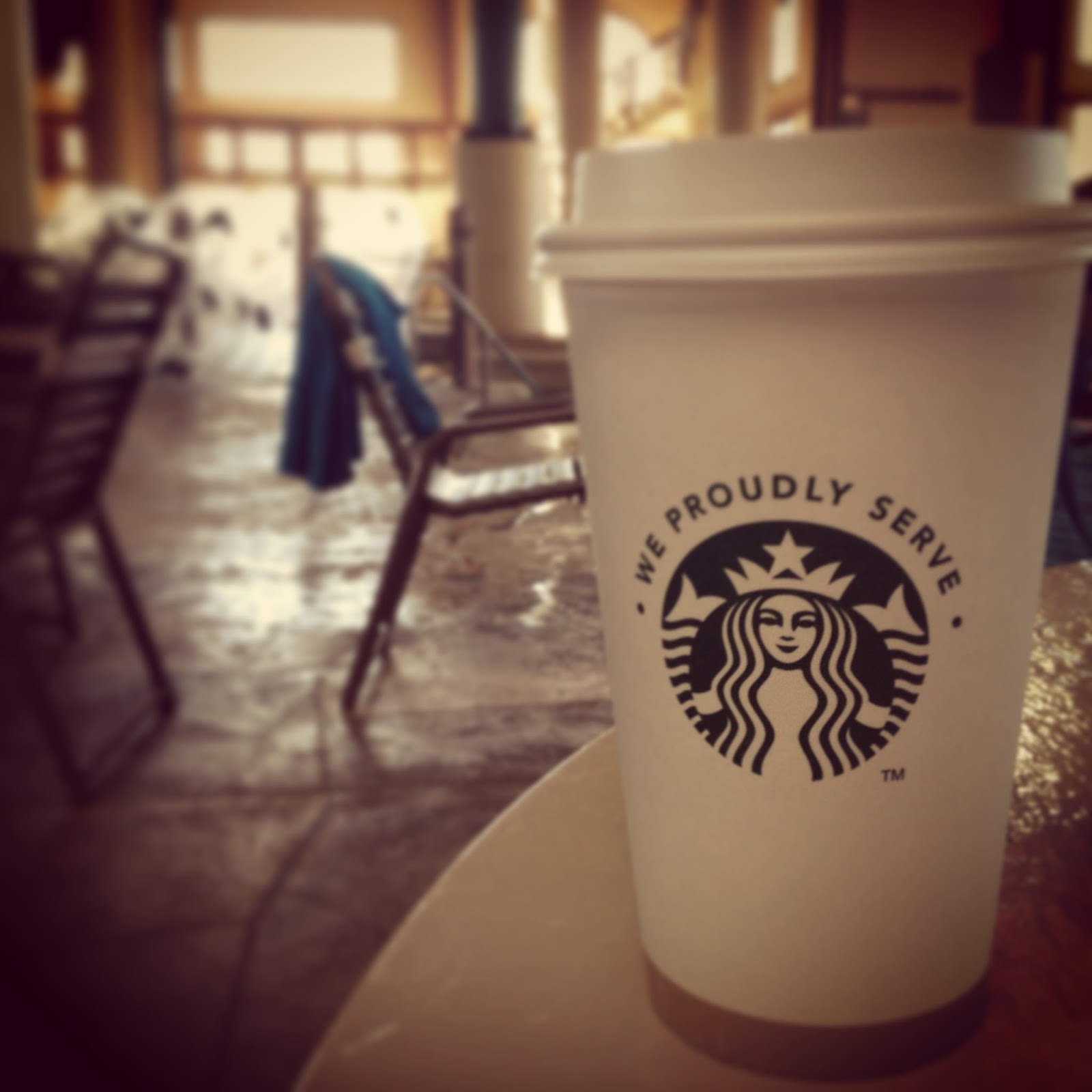