We originally were not going to do much as I had been fighting a cold all week. Then we found out our friends were coming to town... three families headed to the new Wichita Sports Forum/Aviate for fun at the trampoline park and a little sand soccer. 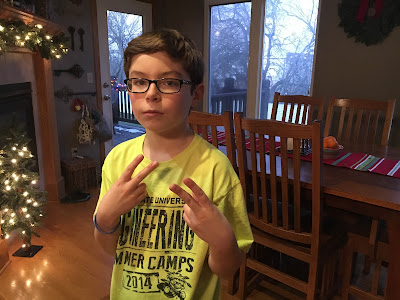 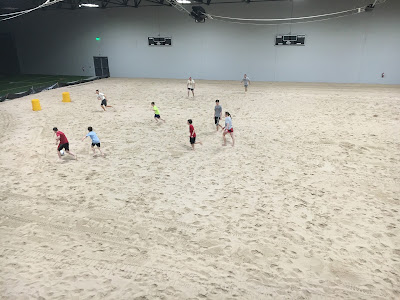 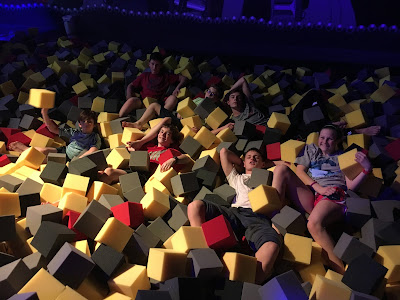 Christmas Eve family picture no one was excited to take. 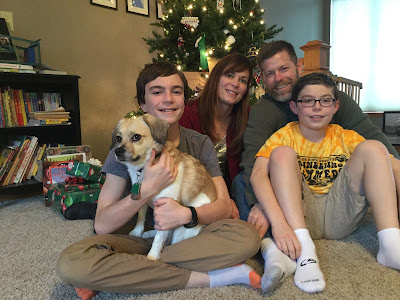 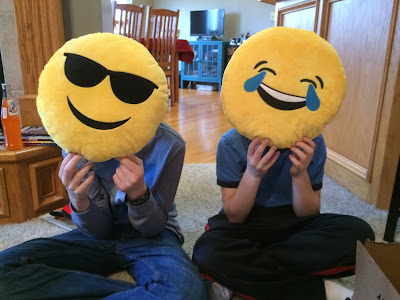 All in the same room but no one is talking. 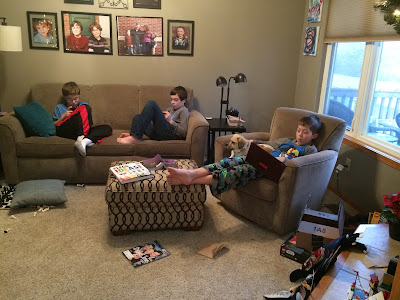 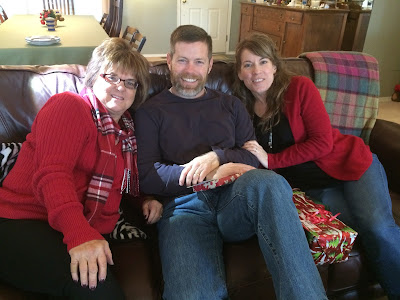 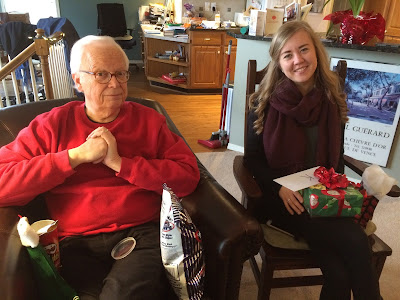 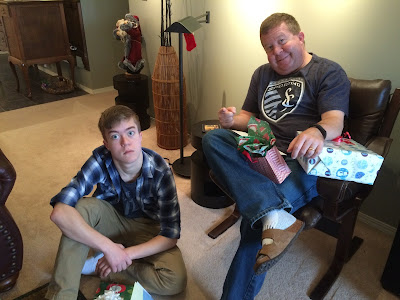 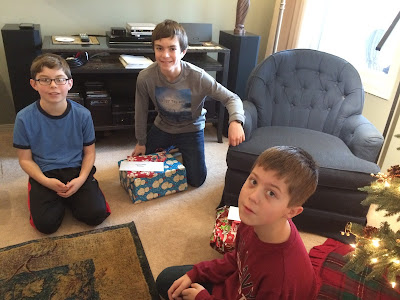 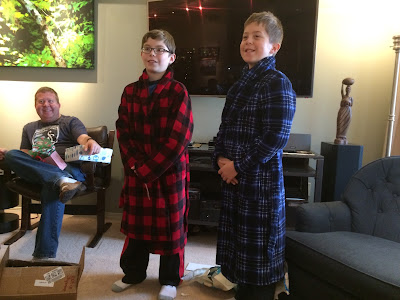 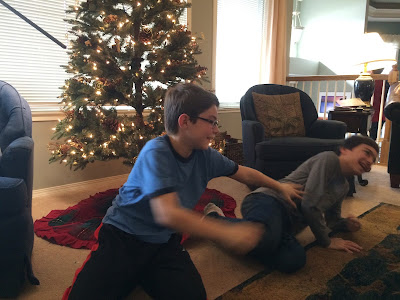 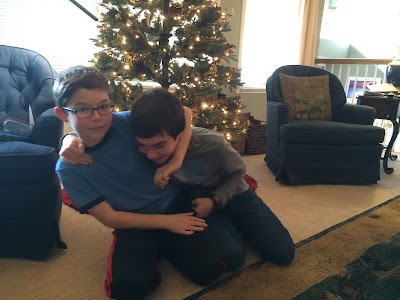 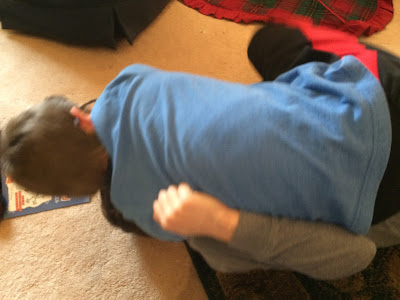 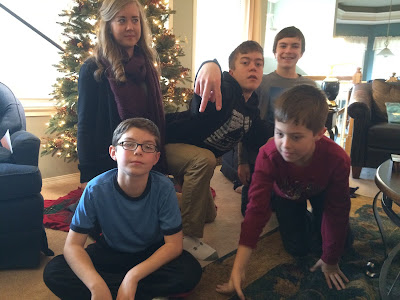 Some people were Star Wars newbies. We were not quite sure what to think of this. 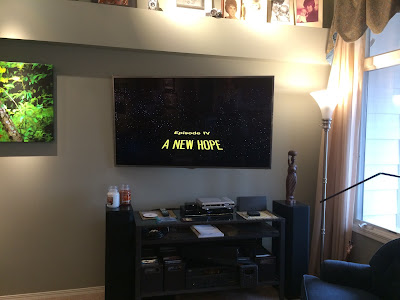 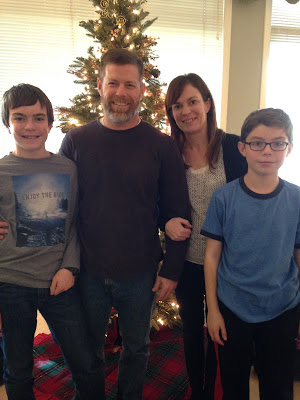 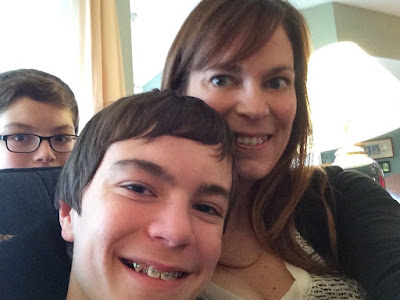 It wasn't opening day, but we arrived three hours early because everyone else had told us it was packed. It was a Sunday morning...and we were at the movie theater before the workers were. Turns out we really didn't need to be there that early. We waited in the car a long time. 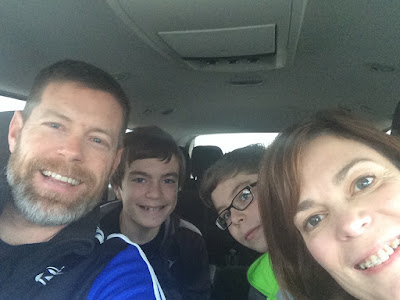 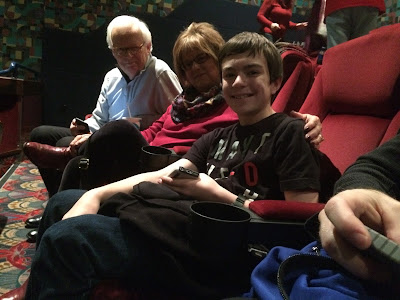 December 21. Jimmy's Egg breakfast to celebrate the first day of winter break. All this food... 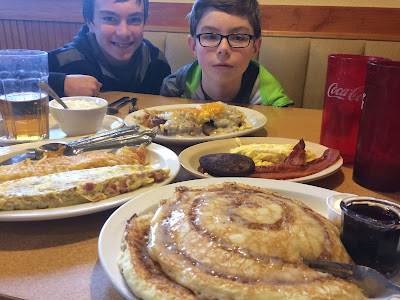 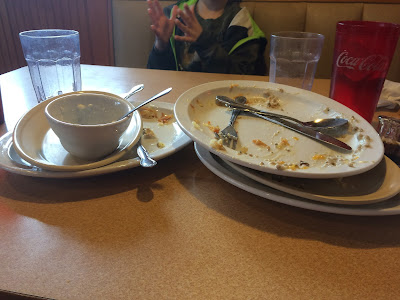 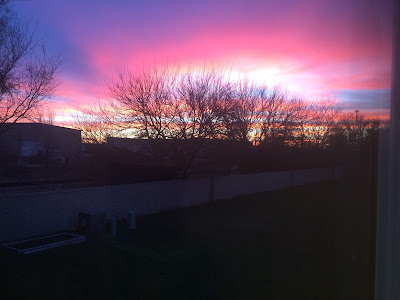 Zach made it to the all school spelling bee. The competition was tough, as he was up against seventh and eight graders. No worries though, he was confident.

Eighth from the right, in the red shirt. He made it about halfway... 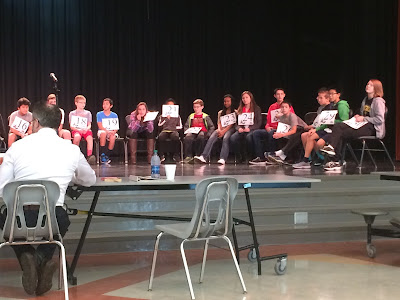 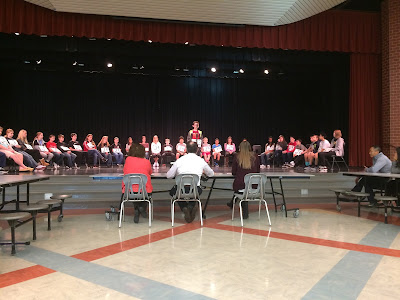 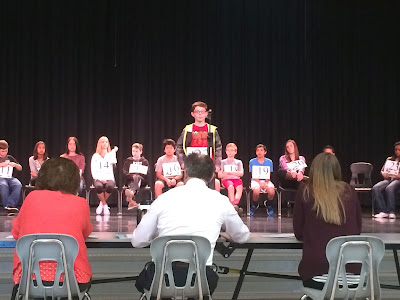