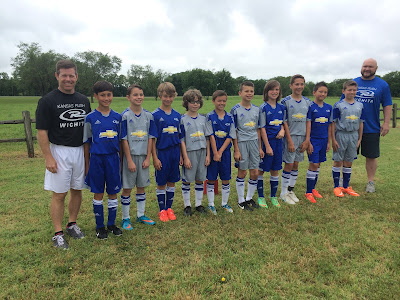 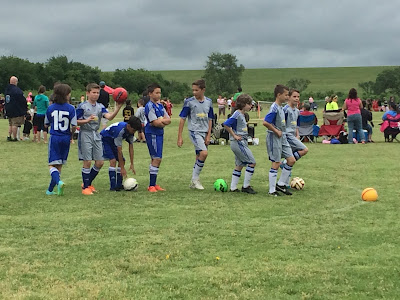 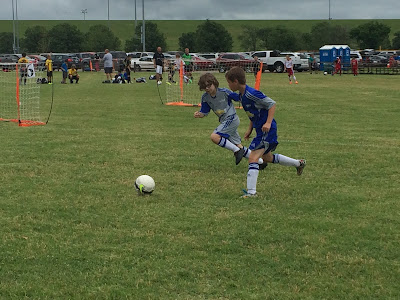 Shenanigans in between games. 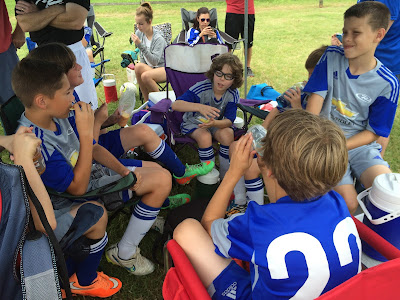 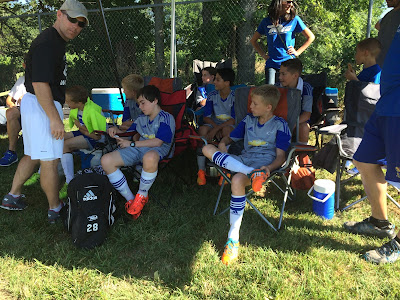 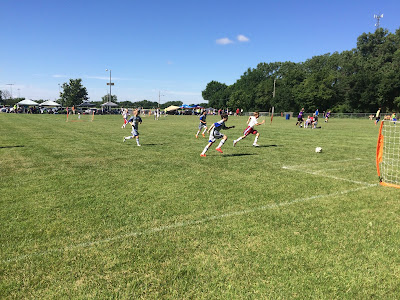 I think there were three teams made up of our one team? 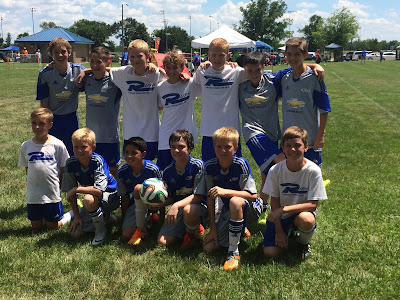 After winning the finals. 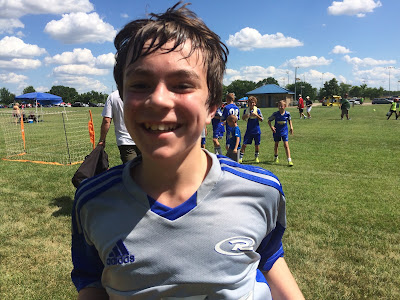 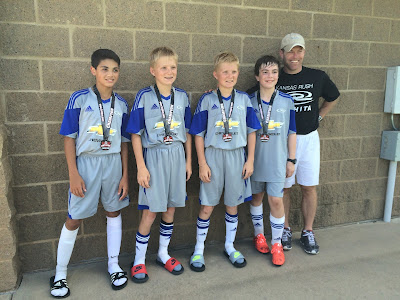 Posted by Susan at 4:00 PM No comments: Links to this post 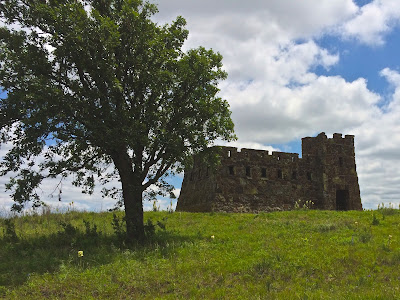 It was an unexpected day trip.

Scott and Zach were supposed to travel to Kansas City for a soccer tournament, but it was cancelled because the fields were underwater from all the rain we've had the past few days.

We discovered there wasn't much going on in Moundridge on a Sunday morning and that McPherson had an airport.

The hour and half drive was mostly this: 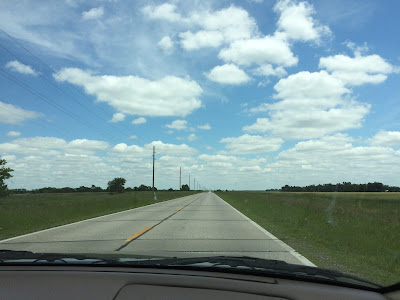 We passed the time "dealing" with Ali and laughing at her car antics. We played a game called "Associations" (I think) where someone says a word, and the next person has to say a related word. For example, Adam said tree. I said bark, Zach said dog and Scott said tail. Somehow the game seemed to always veer towards bodily functions or general inappropriateness, but I guess that's what happens when there are three boys in the car.

We were headed towards Lindsborg, Kansas to visit Coronado Heights. It's one of the 8 Wonders of Kansas, and a scenic Kansas landmark 300 feet above the Kansas prairie.

A brief history lesson: It was first discovered by a Spanish explorer Francisco Vasquez de Coronado who is believed to be looking for gold and used the hill as a lookout. He didn't find any gold here in Kansas, and eventually went back to Mexico. Atop the hill is the Coronado Heights castle, which was built under Roosevelt's Works Progress Administration.

It was lunchtime when we arrived in Lindsborg, so we parked downtown and got carryout from a neat bar and grill called Farley's. We couldn't eat inside because most eating establishments frown upon a dog in a restaurant. We walked around while we waited for our food. Ali barked at a cat sitting on the steps of an old church. 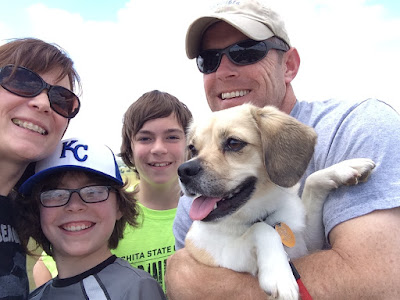 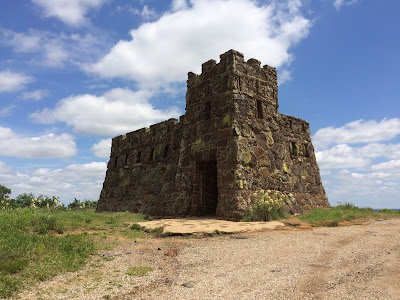 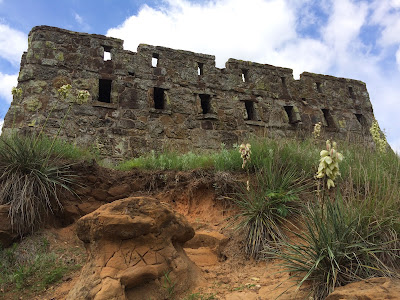 Views of the Kansas prairie. 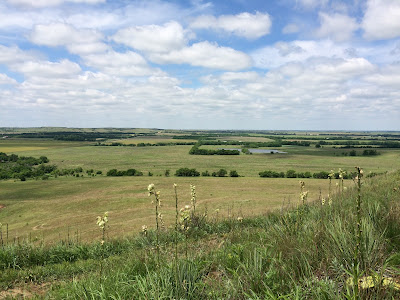 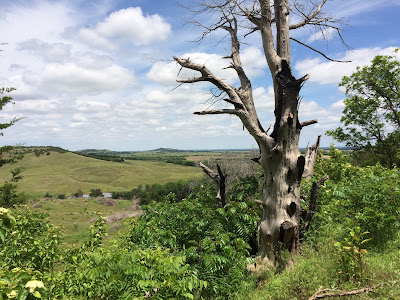 Everyone enjoyed the view from the top of the castle. 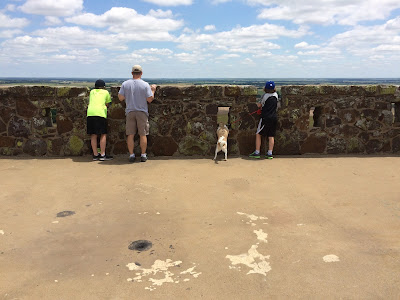 We hiked around the castle too. That person in the green shirt is Adam. 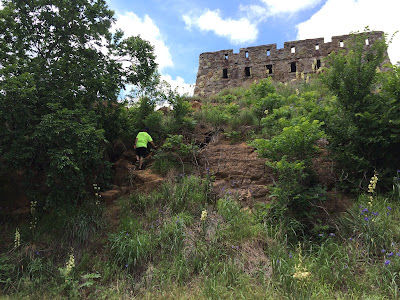 Inside. There was a fireplace too. 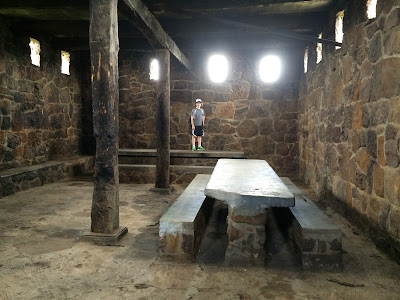 Ali did not want to be in this picture. 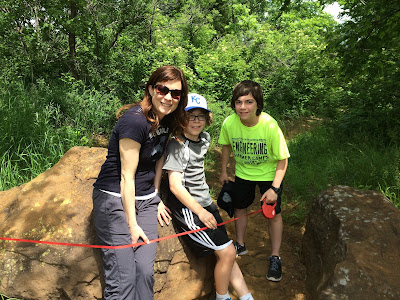 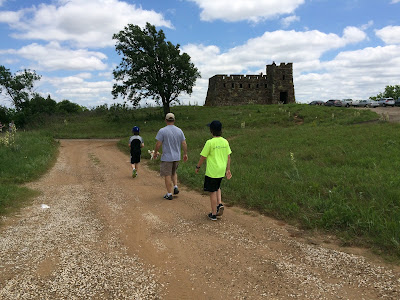 Posted by Susan at 10:55 PM No comments: Links to this post